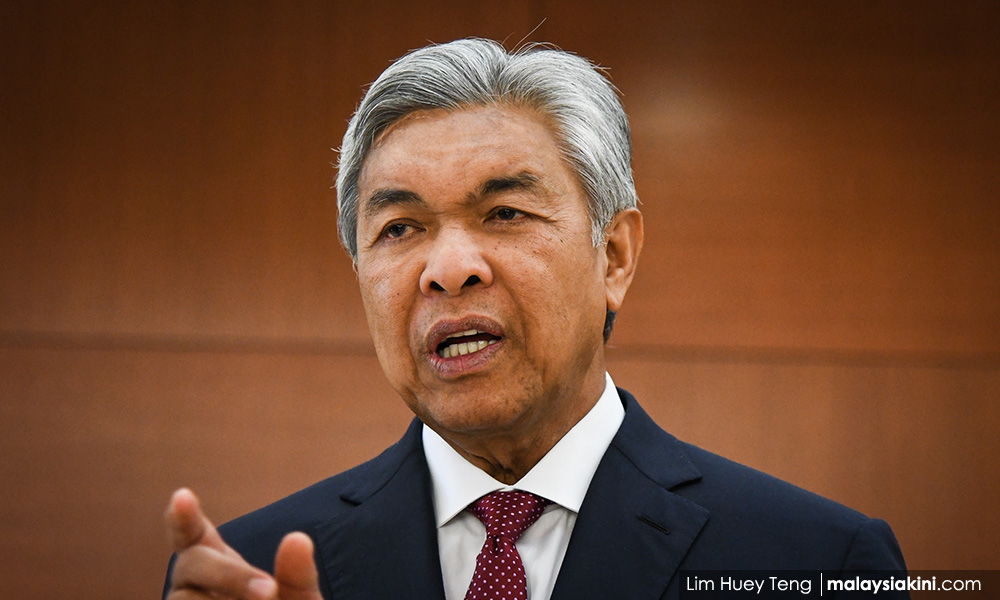 MACC questions Zahid again, and 9 other things that happened yesterday

1. Former deputy prime minister Ahmad Zahid Hamidi was summoned for questioning by the Malaysian Anti-Corruption Commission at its headquarters in Putrajaya again. Harian Metro reported sources as saying that Zahid would be charged in two courts.

2. All 475 schools and educational institutions in Pasir Gudang have been ordered closed after many students complained of breathing difficulties over the past week. Toxic waste cleansing was carried out in Sungai Kim Kim in the district for the second time this year.

4. Prime Minister Dr Mahathir Mohamad clarified that he did not tell an interview that he would remain in power for three years.

5. Following discussions between the Home Ministry and Health Ministry, Home Minister Muhyiddin Yassin said the government would move towards decriminalisation of drug addiction and treat drug addicts as patients in need of treatment.

6. Mahathir said Malaysia is willing to conclude the Regional Comprehensive Economic Partnership, even if India chooses to opt out of the deal.

7. The prime minister also dismissed as “peanuts” the offer of RM1 billion as compensation from Goldman Sachs for the role it played in the 1MDB scandal.

8. The Finance Ministry has approved a lifetime allowance of RM5,000 a month for the nation’s seven living national laureates.

9. The owner of the land on which three convent schools in Penang are located said the properties would continue to be used for education and not redevelopment, amid speculation that it may be sold to a private developer.

kiniroundup
Related Reports
CID chief: 627 suspects nabbed, 681 secret societies identified
a year ago
Penang signs MOU with YZD to develop tourism
a year ago
RCI not needed for Adib's case - Zuraida
a year ago
Youth goes on hunger strike over climate change
a year ago