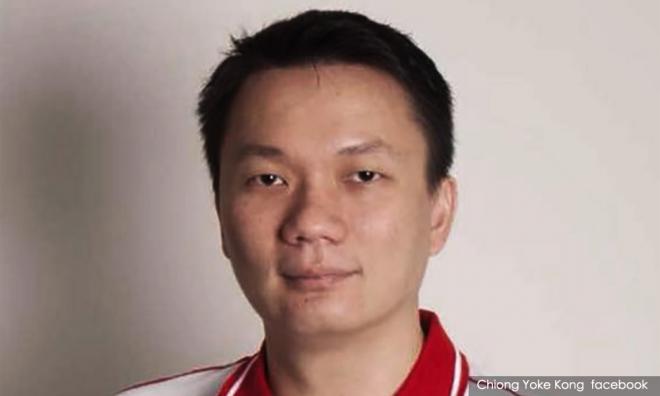 A DAP assemblyperson has called on the government to set the record straight and treat the investigation into the 2009 death of Teoh Beng Hock as a homicide case.

Tanah Rata assemblyperson Chiong Yoke Kong (photo, above) said the previous civil suit settlement for negligence with the family of the former political aide did not mean an end to the case.

“We must set the record straight as Teoh’s death was a homicide, hence it is a criminal case. The civil suit settlement does in no way signal the end of the criminal case.

“As this criminal case involves homicide, it is a serious crime which can only end with the real culprits being brought to justice,” Chiong, who is also DAP Youth deputy chairperson, said in a statement.

His statement comes following the revelation that police were re-investigating Teoh’s death - after the latter was held overnight for questioning by the MACC - under wrongful confinement and not culpable homicide.

Both the police and Home Minister Muhyiddin Yassin stated they were merely following the orders of the Attorney-General’s Chambers.

Muhyiddin also told reporters yesterday that every legal process had been followed with regard to the case in the past, including forming a royal commission of inquiry and payment of compensation to Teoh's family.

The minister said: “When the family has received compensation and they continue to demand more, I would just leave the matter to the attorney-general.”

As part of a settlement formalised by the High Court in Kuala Lumpur in 2015, the government, under the BN-administration, had agreed to pay the deceased’s family RM600,000 for negligence and was ordered to pay a further RM60,000 in costs.

This had followed the Court of Appeal’s 2014 reversal of the High Court's open verdict decision, ruling that Teoh's death was "accelerated by unlawful acts by MACC officers".

In the settlement, the MACC also said it was leaving it to the police to investigate claims of assault and battery against Teoh “and for anyone responsible for Teoh's death to be charged immediately".

However, Chiong pointed out that the money received by the family in 2015 was part of a civil suit and thus, should have no bearing on the criminal investigation.

“Nevertheless, this was merely a civil suit with compensation paid by the government, while the real culprits are still at large! Anyone can file a civil suit, but only the Attorney-General’s Chamber and law enforcement agencies can pursue and bring the culprits to justice under criminal investigation,” he said today.

In a separate statement yesterday, Chiong had called on Attorney-General Tommy Thomas to clarify the matter.

“If the attorney general and police were perfunctory and chose instead to ignore the Court of Appeal judgment, to set the perpetrators free and to prolong the suffering of the late Teoh's family, the flaws in our judiciary will never have the chance to be corrected while justice in our society will never be served.”

Teoh, then the aide to DAP Seri Kembangan assemblyperson Ean Yong Hian Wah, was found dead on July 16, 2009. He was believed to have fallen nine floors from MACC's former Selangor headquarters in Shah Alam.

The Attorney-General's Chamber has yet to respond to Malaysiakini on the matter.