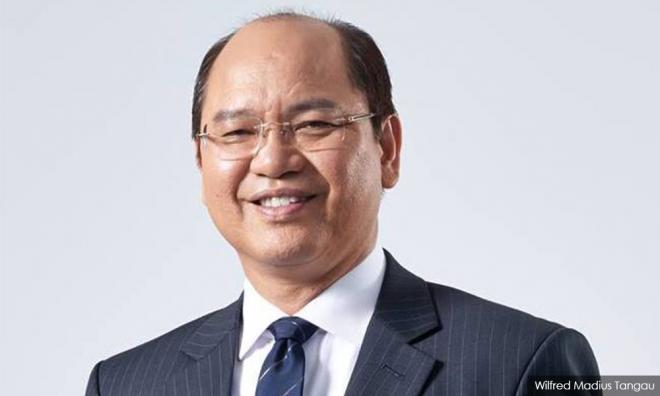 Upko has returned RM1 million, allegedly stolen from 1MDB, to the government.

According to The Star, Upko president Madius Tangau (above) said his party did so a month before the MACC filed civil forfeiture proceedings to recover RM270 million from 41 individuals and groups.

Tangau said that the party did not know of the source of the money at the time.

He said the party had originally planned to use the RM1 million for community projects but since it was found to be insufficient, it was kept in a fixed deposit account.

"Our accounts were also frozen following the investigations and we decided to return the money to avoid any civil action suits," he said.

Upko was once a BN component party. Following the May 2018 general election, Upko left BN and are now allied with Parti Warisan Sabah and Pakatan Harapan.

Previously, other former BN parties and Sabah Umno, who were subjected to the MACC forfeiture suits, had questioned why Upko was exempted.

According to MACC deputy chief (operations) Azam Baki, more suits will be initiated in the next two weeks.