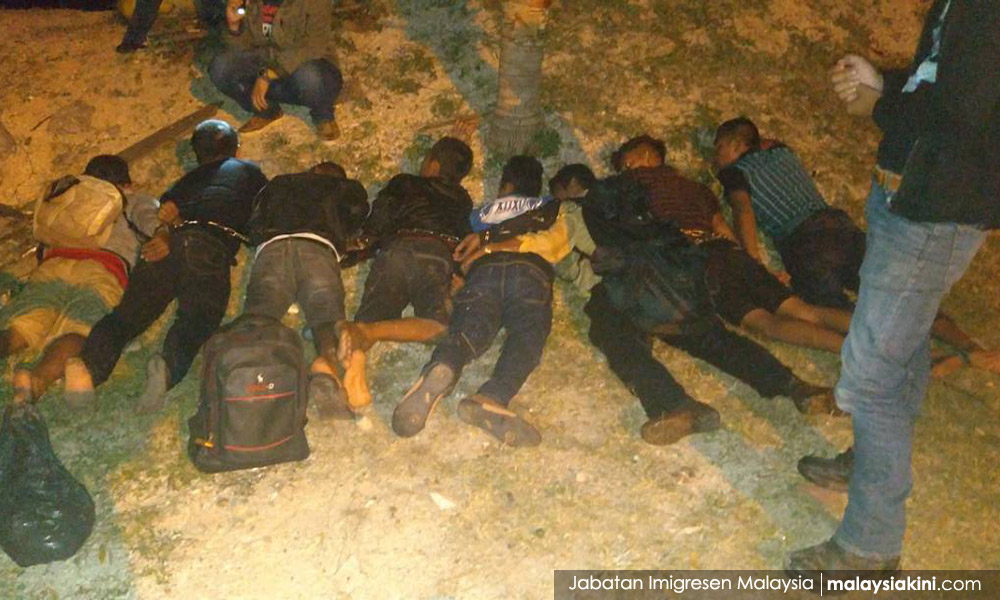 The armed forces yesterday detained 20 undocumented immigrants from Myanmar at a kongsi house behind a petrol station near Bukit Kayu Hitam.

Sixth Brigade commander Mohd Halim Khalid said the arrests were made at 11pm, and involved immigrants aged between 20 and 30, who were believed to have just entered the country through a broken border fence.

"Initially, the Sixth Royal Rangers Regiment, which was carrying out patrolling duty, saw a group of people outside the kongsi house and, shortly after, a blue-coloured Proton Wira car left the house.

"The car was at the house for almost two hours before moving towards Changlun.

"Suspicious of the situation, the patrolling team carried out a raid and detained the 20 illegal immigrants,” he said in a statement today.

Halim said that based on initial investigations, the tekong (human trafficker) involved, believed to be a local, had promised to take the undocumented immigrants from the house to another location.

The undocumented immigrants were believed to have been promised jobs in this country, he said.

"All the undocumented immigrants were later handed over to the Immigration Department in Bukit Kayu Hitam for further action," he added.