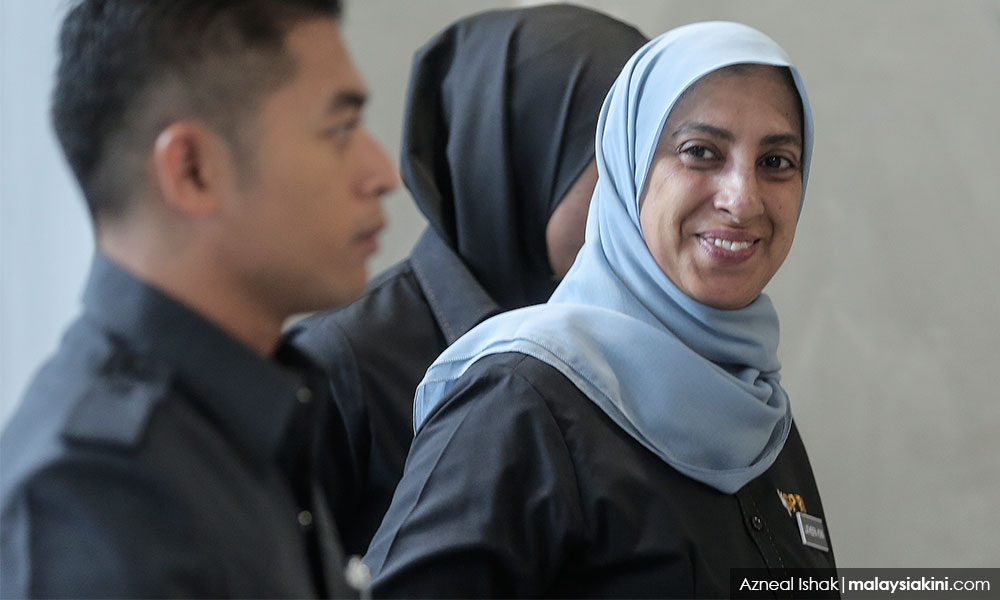 The only improvement needed by MACC is to better inform the public of its good work, according to its newly-minted chief commissioner Latheefa Koya.

Latheefa said today that soon after she assumed office last month, she discovered that many positive things about the agency had not been passed on to the public.

"Only when I joined the agency did I realise that a lot of MACC's good work was not publicised," she said in an interview with in-house radio station MACCfm earlier today.

Latheefa said this when asked her assessment of the MACC so far, and whether there were weaknesses that needed to be addressed.

"What I think needs to be done (by the agency) is only to improve public perception.

"There are so many things that the people do not know. This includes me. I feel like I am on a university campus every time there is a briefing or such... I cannot wait to tell the people outside.

"These are the things that we need to tell the people out there with regards to how we fight corruption."

This was Latheefa's first public interview since she was appointed as MACC's chief commissioner on June 1.

Read more: I was more of an activist than politician, Latheefa says on MACC appointment

She added that she felt the same sentiment after meeting the Parliamentary Select Committee (PSC) on Major Public Appointments on Thursday.

Describing the meeting as successful, she said questions posed to her by the PSC made her realise the need for processes to disseminate information on the MACC.

This, the MACC chief said, is why she has made it her mission to improve promotional and educational activities on anti-corruption matters as well as on the agency itself.

"In general, I can say this meeting (with PSC) was very successful because they received an explanation on this mystery of whether I am capable of doing my job and such.

"And after listening to the questions they posed to me, (I think) there needs to be more processes to inform not only the MPs, but also the leaders on what the MACC does.

"Because there are many who do not realise the heavy tasks that the MACC carries out."

Latheefa also touched on the need to reeducate the public on the purpose of the MACC, besides chiding the practice of turning the agency a political punching bag.

"Maybe in recent years, we see that the MACC being famous for lodging reports, but at the same time it is also used as a punching bag for political shadowplays.

"This is the time for us to reeducate the public of what are the MACC's heavy responsibilities which are not only to arrest and prosecute suspects but also to educate the people."

According to Latheefa, the graft-busters could also make use of better technologies and training to increase its efficacy, in terms of the number of successful prosecutions.

She said with the technological advancements, enforcement agencies can move away from the old ways of using scare tactics, among others, to secure confessions and evidence.

"Now we should use the newer systems. No need to rely on confessions, but collect enough evidence (using new technologies) that force them (the offenders) to see that they have no other choice but to cooperate.

"This is effective prosecution instead of being merely able to conduct arrests."