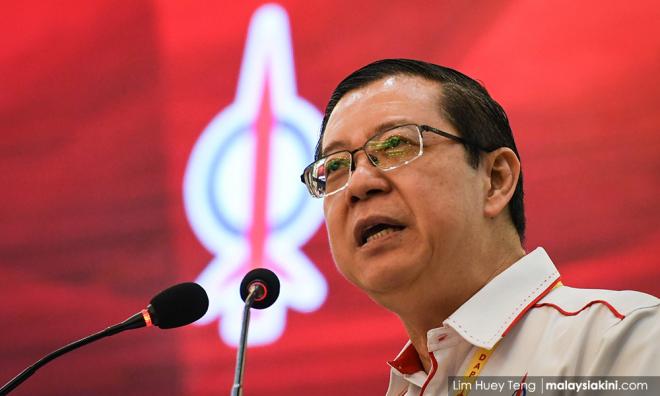 PAS accused of fomenting 'culture of hate' over asset declarations

DAP secretary-general Lim Guan Eng has accused PAS of continuing to "foment a dangerous culture of hate" in justifying its stance against asset declarations.

He was referring to PAS president Abdul Hadi Awang claiming that the move to compel lawmakers to declare their assets is a "communist or socialist concept that may have been dreamt up by DAP," and that the government is under its influence.

As Lim said in a statement today, asset declaration is not a communist or socialist concept, and is not even practiced in many socialist countries.

"It is rules-based, ethically-centred and values-driven, to establish institutions that build up integrity and fight corruption in government and society.

"Only the corrupt or those protecting the corrupt are fearful of public declaration of assets," he said.

PAS deputy president Tuan Ibrahim Tuan Man had also opposed the parliamentary motion on asset declaration, arguing that doing so would put lawmakers and their families at risk.

Tuan Ibrahim (photo) also claimed the move went against the teachings of Islam, as the religion discouraged displays of wealth.

Lim, the former Penang chief minister, explained that leaders in the state had publicly declared their assets for the past eight years without any problem or risk to themselves or their families.

He claimed that PAS' opposition to the move is intended to protect opposition leaders embroiled in corruption scandals, especially 1MDB.

"By doing so, PAS has lost its moral and ethical core, and there is no more reason to support a party that has demonstrated its supreme incompetence in managing its economy and governing a state," said Lim, the finance minister.

"This is best proven by PAS turning Kelantan into a failed state that is financially bankrupt, to the extent that the state government cannot even afford to pay its civil servants."

Despite the racist and extremist rhetoric levelled against non-Malays and non-Muslims, Lim said there are parties like MCA and MIC that continue to cooperate with PAS and Umno.

"Clearly MCA and MIC have forsaken their principles of diversity, national unity and defending the rights of all Malaysians in favour of promoting their own selfish political interests, especially when both parties are also ensnared in the 1MDB scandal," he said.