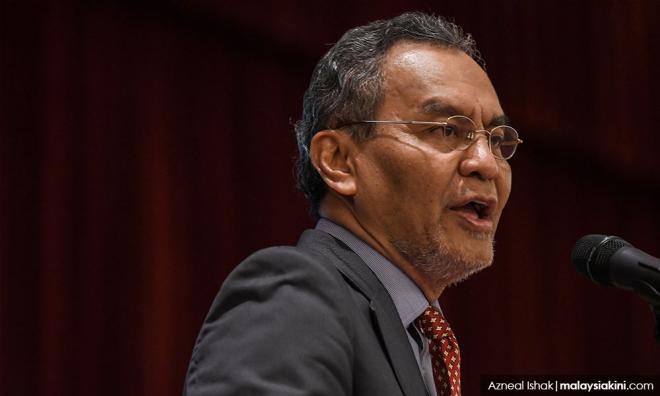 All women, including those from the Orang Asli community, are briefed on the administration of medicine as part of the government family planning initiative, Health Minister Dzulkefly Ahmad has stressed.

Addressing continued criticism over claims Orang Asli women are coerced into taking birth control medication – in the form of pills or injections – the minister said the programme is carried out according to World Health Organization guidelines.

“The programme is conducted based on the advice of medical experts as well as criteria and guidelines set by the WHO,” he tweeted this morning.

A statement uploaded with the tweet stated the programme is offered to all women, and not just those from indigenous communities.

“The Family Planning Service is aimed at spacing out deliveries to give the mother a chance to return to full health to prepare for the next pregnancy and to focus on the growth and development of the newborn,” the statement read.

Frequent pregnancies increase a mother’s risk of developing anaemia, a condition in which the body has insufficient healthy red blood cells to carry oxygen to the tissues, which could harm both mother and fetus.

Dzulkefly said the percentage of anaemia cases among Orang Asli women in Hulu Perak in the ninth month of pregnancy, or 36 weeks, was 24.2 percent in 2018. That, he said, was four times the national average of 6.4 percent.

“Explanations are given to these women, as this step is needed to ensure their health and welfare as well as those of their families,” he said on the programme in general.

It was added that a woman could opt to stop taking birth control after two years to plan for pregnancy.

This came after Dzulkefly was forced to defend the programme, following allegations that Temiar women in Kelantan and Perak were coerced into taking birth control medication by nurses from the Health Ministry's mobile health clinics.

It was alleged they were threatened with “deadly drugs” or to have their medical cards revoked. It was also claimed newlyweds were especially targetted.

The minister had yesterday insisted the medication was given “out of a sense of responsibility” to save the Orang Asli from suffering complications during pregnancy due to anaemia.

He also refused to probe the claims further, saying that it “did not make sense” and those making the claims should furnish proof.

This seemed to contradict an earlier announcement by Minister in the Prime Minister’s Department P Waythamoorthy that a panel will be set up to investigate the claims.

Waythamoorthy today insisted he will continue to push for a probe and will seek a meeting with Dzulkefly to discuss it.