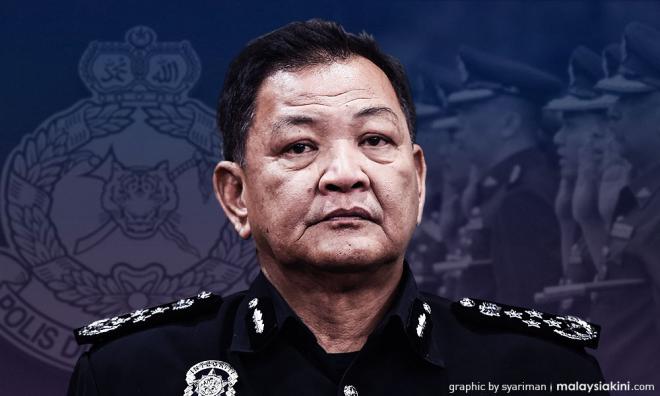 However, Hamid said, the agency could not ascertain the identities of the two men recorded engaging in sexual acts.

“The video, who are those in the video are not within my jurisdiction. So we sent it to Cybersecurity to determine if the video is authentic and if Cybersecurity can ascertain who are in it.

“The answer we received... They (Cybersecurity) said 'authentic' (tulen) but they cannot be 100 percent certain who are 'pelaku-pelaku' (those in the video).

“I, as the IGP, cannot simply make statements based on this because it becomes a subject in court proceedings if the matter is brought to justice,” Hamid told RTM's Bicara Politikonomi last night.

Therefore, he said, he hopes the people would understand the constraints with regard to his responsibilities as the federal police chief.

“This is why I said this case is not as easy to be resolved in a matter of one, two or three weeks.

“There are those who pressure me... (asking) is there a timeframe (to complete the investigations). It is not for me to decide.

“Two weeks ago, they asked me the same question (on the timeframe). I replied that investigations are being carried out in an active manner. Following this, there were several arrests,” he added.

Hamid said the police are forced to look at this case from various angles.

“From the point of 'pelakuan lucah' (indulging in obscene acts) and... who are those with the intention, in the event, the act is false, if it is a fake video which has been doctored and those who circulated it..,” he added.

At a press conference in Kuala Lumpur this afternoon, Hamid, when quizzed on whether the video is authentic, said he would issue a statement later.

After the first clip was released, Haziq confessed to being the person in the video. He also claimed that the person he was engaging in sexual acts with was Azmin.

Haziq alleged that the video was recorded in Azmin's hotel room in Sandakan, Sabah, two months ago.

Azmin, who is also PKR deputy president, has described the video as a nefarious attempt to ruin his political career.

IGP dismisses claim Anwar's aide not given food for 24 hours

No interference in sex video probe, assures police chief
18 Jul 2019
IGP dismisses claim Anwar's aide not given food for 24hrs
18 Jul 2019
Up to Anwar to mend the schism in PKR, says Zuraida
18 Jul 2019
After Azmin's show of force, Anwar claims to possess numbers to be PM
18 Jul 2019