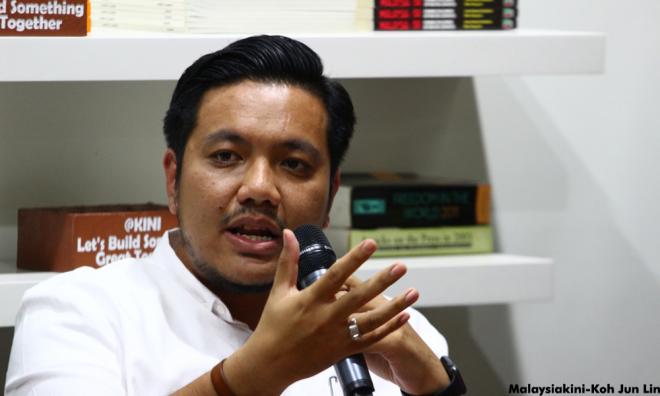 In a statement, Afif reiterated that since 2016, a total of 4,733 respondents have been involved in these engagements, in the form of surveys, dialogues, or information sessions on the project.

"This is a testament that the state government has been engaging with the people even before the PSR project's environmental impact assessment report was completed," he said.

"I would like to emphasise here that the PSR was decided on after considering the views of all stakeholders involved with the project, directly or indirectly."

Afif was responding to Penang Forum's Khoo Salma Nasution, who had dared him to show proof that 4,733 engagement sessions were conducted.

Salma said that it was "highly improbable and most likely impossible" that the exco's claim is true, based on simple mathematics and logic.

"To have conducted 4,733 sessions in a span of four years would require an average of 3.25 sessions on a daily basis for 1,460 days straight, including weekends and public holidays," she said.

Nazri said his group only met Chief Minister Chow Kon Yeow once, on May 31, to submit a list of demands if the project commences.

In his statement, Afif said that Penang, via the Fishermen's Taskforce Committee, will strive to consult every affected member of the fishing community.

He said this process is important to how the state government wants to proceed with the PSR.

"I would also like to emphasise that the 72 conditions set by the Environment Department will be complied with by the state government in the implementation of this project.

"At the same time, it will be refined by the Fishermen's Taskforce Committee, which will be chaired by myself," he added.

Spanning 1,822ha in Bayan Lepas, the PSR – to be developed by project delivery partner SRS Consortium – will be partially sold to finance the state's RM46 billion Penang Transport Master Plan.

Following federal approval of the EIA report on July 4, Chow directed the taskforce to start negotiations with fishermen about ex-gratia payments.

However, the fishermen want to be involved in the state's transformation plan, rather than hanker for ex-gratia payments, which they say will not be enough to sustain their livelihoods in the future.