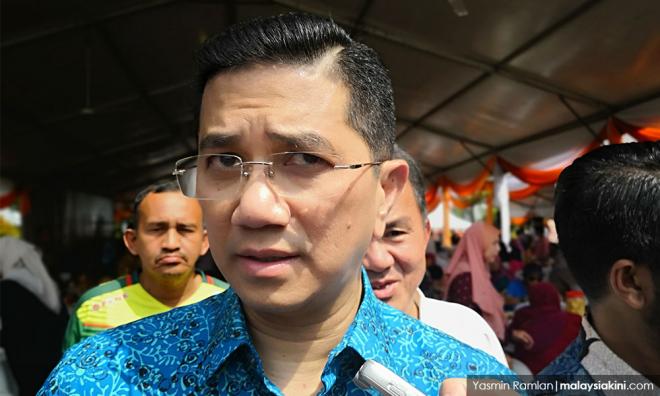 Economic Affairs Minister Mohamed Azmin Ali is holding a special prayer at the official residence of the Selangor Menteri Besar this Sunday, according to an invite to the programme.

The event, which includes a thanksgiving prayer session, comes days after police announced they could not tie a sex video to the PKR deputy president.

Scheduled to start at 7.30pm with Maghrib prayer, the programme also features a solat hajat prayer to seek divine intervention to protect the country leaders from what it described as the danger of defamation.

According to a Selangor Menteri Besar aide, who confirmed the invite, the programme was organised by Azmin's political secretary Hilman Idham.

"All leaders and members, as well as the rakyat who reject ‘fitnah' (defamation), are invited to this event," said the invite.

However, it could not be confirmed if the event is held in conjunction with the police announcement on Thursday when Inspector-General of Police Abdul Hamid Bador said the sex video implicating Azmin is authentic, but the agency could not ascertain the identities of the two men recorded engaging in sexual acts.

After the first clip was released, Haziq confessed to being the person in the video. He also claimed that the person he was engaging in sexual acts with was Azmin.

Haziq alleged the video was recorded in Azmin's hotel room in Sandakan, Sabah, two months ago.

Azmin, who is also PKR deputy president, has described the video as a nefarious attempt to ruin his political career.

Meanwhile, in a related matter, a group of 12 Johor PKR leaders today issued a statement welcoming the IGP's announcement.

The group said they were also shocked to learn that several people had been arrested over the video, and urged party president Anwar Ibrahim to take stern action against any member found to be involved in the conspiracy.

"We pray that this episode would find a good closure soon, with appropriate action taken against those involved," said the statement.

The group also stated their support to a statement by PKR vice-president Zuraida Kamaruddin and 28 other party leaders who urged Anwar to unite the party members.