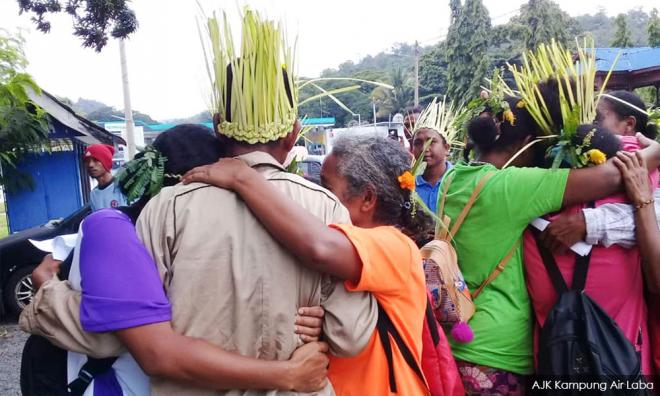 The three Temiar villagers from Kampung Sungai Papan, Gerik who were arrested on Tuesday have been released.

According to a Facebook post by the Center for Orang Asli Concerns, Johari Aleuj, Pam Yeek and Shukri Man were released at 2.50pm today.

"Friends and family members who had been waiting for them since early morning had a tearful reunion with them outside the police station," the post read.

However, the camera, handphone and four motorcycles seized during the arrest were not returned.

Yesterday, it was reported that the three men were to be charged at the Gerik Magistrates' Court after being investigated under Section 341 of the Penal Code for wrongful restraint.

Their arrests followed a standoff over blockades constructed to prevent encroachment by loggers on their native customary land.

Minister in the Prime Minister's Department P Waythamoorthy, who oversees Orang Asli affairs, had earlier pleaded for the police not to side with loggers.