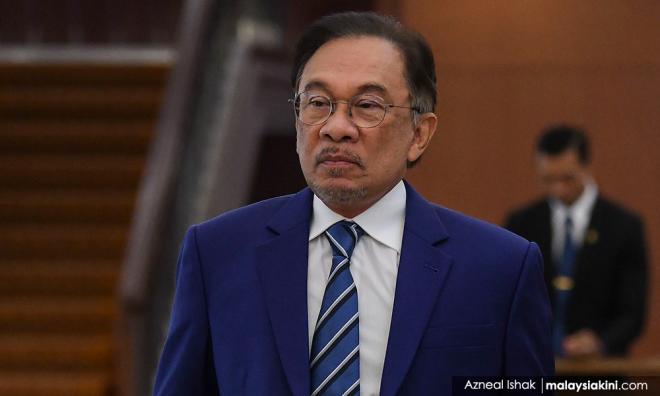 Seven out of eight Negeri Sembilan division leaders signed the declaration of support as did 17 state leaders.

Notably, Rembau PKR chief R Tangam was among the signees. Tangam is seen to be close to PKR deputy president Azmin Ali's camp.

Former Negeri Sembilan PKR leader Badrul Hisham Shaharin claimed on Facebook yesterday that the current state party leadership had threatened to "blacklist" division chiefs who did not declare support for the PKR president.

PKR vice-president Zuraida Kamaruddin, meanwhile, had questioned if any of those who signed the support declarations were intimidated into doing so.

Zuraida, together with fellow PKR vice-president Tian Chua, had called for an end to the displays of support.

Zuraida said it distracted from nation-building while Chua (below) said it undermined Anwar's status as PKR president.

Besides Negeri Sembilan, the states where a majority of PKR division leaders have expressed support for Anwar were Johor, Penang, Perak and Pahang.

Meanwhile, Sarawak - in a departure from the five states - declared support for both Anwar and Azmin. Sarawak PKR chief Baru Bian is aligned to Azmin.

Twenty-one out of 30 Sarawak PKR division chiefs supported the declaration.

"The president and deputy president should be seen to unite the party as they are the only two persons who can do that.

"It is time to close ranks and focus on our next mission which is to win the Sarawak state election coming up within the next two years," Baru said in a statement.

Last month, several clips of a sex video were released to politicians and journalists by anonymous persons.

Subsequently, former Santubong PKR Youth chief Haziq Abdullah Abdul Aziz admitted that he is one of two men having sex in a video. He claimed his partner was Azmin.

Police have arrested several individuals, including Haziq and an aide to Anwar, as part of an investigation over the circulation of obscene content.

PKR members taking sides over the matter has widened the rift between Anwar and Azmin although the former has expressed that he wants to move on from the scandal.