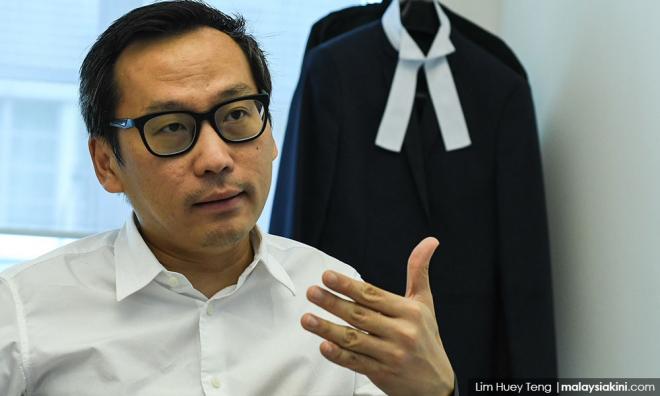 Eric Paulsen, the Malaysian representative to the Asean Intergovernmental Commission on Human Rights, is pleading with the Singapore government to halt the impending executions of death row prisoners.

"I refer to the impending execution of at least ten prisoners on death row in Singapore, who were recently denied clemency this month, four of whom are Malaysian citizens.

"The four Malaysians whose clemency petitions were refused are facing execution for drug-related offences.

"While the destructive effects of hard drugs on society are undeniable, these prisoners are drug mules who were tricked or pressured by drug syndicates who remain untouched by the law," he said in a statement today.

The four Malaysians on death row who were denied clemency this month are K Datchinamurthy, A Gobi, Abdul Helmi Ab Halim, and another only known as Rahmat.

In his statement, Paulsen pointed to the substantive assistance rule – which allows Singapore’s Attorney-General's Chambers to issue a Certificate of Substantive Assistance to certify to the court that the prisoner has provided information to disrupt drug trafficking activities.

In May, P Pannir Selvam (photo) – another Malaysian on death row in Singapore – tried but failed to qualify for this certificate despite cooperating with authorities in the country.

"In the case of Malaysian national Pannir Selvam, he provided assistance to the Singapore authorities, but he was not issued with the certificate and the decision of the AGC remains unaccountable and opaque," Paulsen said.

"There is also controversy over the AGC's objection to Pannir Selvam's Malaysian solicitors’ request to attend his hearing.

"The AGC not only objected to the request, but complained to the Singapore High Court that lead solicitor N Surendran had made 'scandalous allegations against Singapore and its legal system, including accusing Singapore of acting in total disregard of international legal norms and decent world opinion'."

Paulsen said that this amounts to a veiled threat of prosecution against the lawyer.

"The AGC’s conduct may also have a chilling effect to deter other lawyers from offering assistance to Malaysians facing charges, particularly those carrying the death penalty in Singapore."

Paulsen stressed that the right to a fair trial, including the right to defence or legal assistance, is protected by the International Covenant on Civil and Political Rights and the Asean Human Rights Declaration, as well as Singapore’s own constitution.

"I urge the government of Singapore to reconsider their position in relation to Pannir Selvam and the other prisoners on death row, ensuring that they are not deprived of the right to life, freedom from torture or cruel, inhuman and degrading punishment and legal assistance to which they are entitled," he said.

Singapore performs its executions on Friday, and a number of death row prisoners are expected to executed soon.