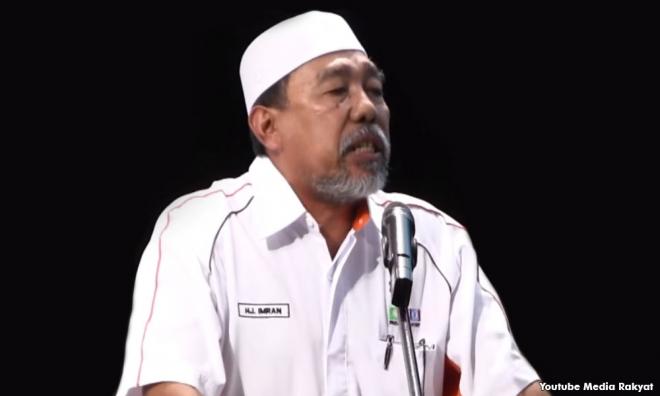 PKR senator's remarks plunge a knife into the Reformasi agenda

COMMENT | In response to senator Mohd Imran Abd Hamid's absurd proposal to enact a sexual harassment law to protect men from being seduced, I would like to counter-propose mental health counselling for those who cannot control their nafsu or desires.

Imran's suggestion is highly inappropriate, backwards, patriarchal, and displays a lack of thought for both the men and women in this country.

PKR's stance has always been to push for a more serious approach towards educating those who are inclined to commit crimes like molest, rape and incest.

Imran should have taken a more gender-sensitive approach towards women’s plight, and not suggest something as outrageously misogynistic as this without first consulting with women’s groups.

The fault of committing sexual crimes towards women falls squarely on the perpetrators, not the victims.

For whatever it’s worth, this endeavour will test, in New Malaysia, of whether an elected or appointed representative has individual ministerial or senatorial responsibilities on this matter.

Otherwise, the whole party is collectively responsible to at least retract or apologise for the statement, or more severely, to take action to replace a more suitable person for such an important post.

As much as PKR sympathises with men who have been sexually abused by women, nobody has ever blamed men for the way men dressed. We cannot keep on making excuses for the attackers.

Instead, we should educate both boys and girls to respect boundaries from a young age.

Thus, when these children grow up, they will continue to treat each other with respect and understand that everyone has a choice to say ‘no' to unwanted sexual advances.

Instead, the new Sexual Harassment Bill should include more drastic measures against the men who have such nafsu'against women.

The young and old alike are being oppressed by a patriarchal society, which the law does not address.

Enough is enough. Such idiosyncrasies must not be condoned at all costs. Malaysia has seen abuses in every sphere of women’s lives, and the Dewan Negara is no exception.

Now there is a cry for a change, especially of late, for women to be treated fairly, justly and with dignity.

This is not the New Malaysia that the younger generation envisaged.

Imran's remarks, as a PKR senator, definitely plunged a knife into the Reformasi agenda that was initiated by Anwar Ibrahim in 1998.

Imran should take appropriate measures to correct his skewed and disgusting perception regarding women’s dressing as the cause of sexual crimes.

I also agree with the Sabah PKR Wanita chief that Imran should be replaced by someone more suitable as senator.