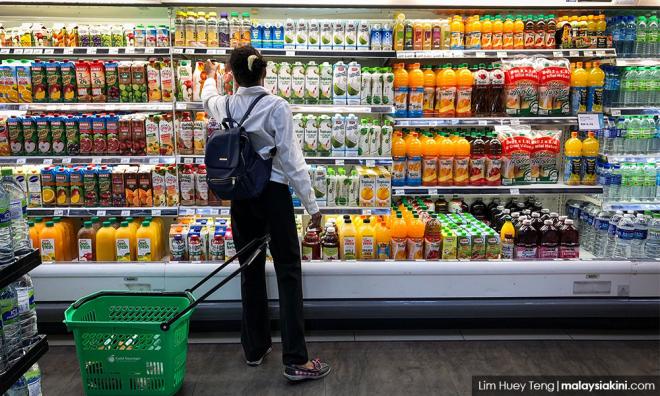 Imposing a tax on sweetened beverages could prompt consumers to choose drinks with less sugar content thus reducing the government’s burden in treating obesity and related conditions, said the Ministry of Finance.

It said Malaysia spent RM4 billion to RM8 billion to treat obesity and non-communicable diseases between 2010 and 2016.

“It (a tax on sweetened beverages) would indirectly encourage the industry to produce and promote more healthy drinks thus reducing the prevalence of obesity and diet-related non-communicable diseases in society,” it said in Kuala Lumpur today.

The ministry said the 2015 National Health and Morbidity Study found that the prevalence of overweight among adults aged 18 and above in Malaysia was 47.7 percent, with 30 percent suffering from overweight and 17.7 percent from obesity.

Nearly half of adults in Malaysia are overweight or obese, compared to only 21.1 per cent in 2006, it said.

It said a tax on sweetened drinks has been imposed by 38 countries, where studies show a reduction in demand and consumption of such drinks.

“France, several states in the US, Hungary and Mexico have imposed a 10 percent excise duty, resulting in a reduction in sugar consumption by 10 to 12 percent as well as a decline in the prevalence of overweight and obesity,” it said.

In this region, Brunei implemented such a tax in April 2017.

On July 1, the government imposed a 40 sen excise duty per litre of sweetened beverages containing more than 5g of sugar or sugar-based sweetener per 100ml.

The same rate is imposed on milk-based drinks with a sugar content of over 7g per 100ml and fruit and vegetable juices containing more than 12g of sugar per 100ml.

However, drinks with sugar content below the threshold and those that are not ready-to-drink are exempt from the duty.