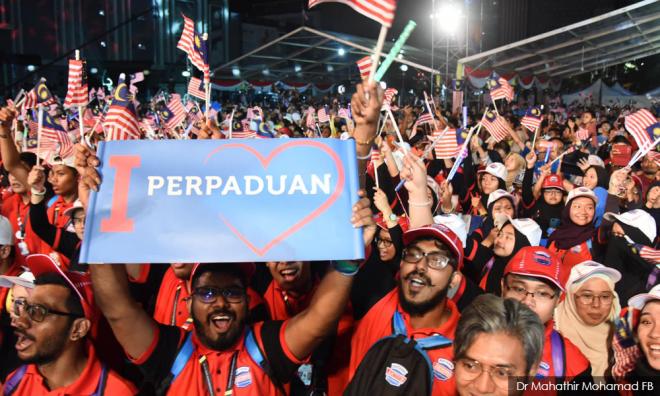 Gobind urges M'sians to return to principles of Rukun Negara

The people must return to the principles of the Rukun Negara which encompasses values that have enabled the people to co-exist without strife, says Communications and Multimedia Minister Gobind Singh Deo.

Gobind said the values were anchored on peace, prosperity, unity, loyalty to king and country, tolerance towards one another and spirit of patriotism.

According to him, the people's ability to coexist in a peaceful environment is the most important value of Independence, aside from freedom from colonialism 62 years ago.

"...and how we have shown to the world that the values of the people from different races, religions and cultures in Malaysia can be combined to strengthen relations among us and as a source of strength for us to together build a country that has not only achieved success economically but also from the social and nationhood aspects," he said.

Gobind was speaking at the launch of the National Month and Fly the Jalur Gemilang 2019 at Dataran Pahlawan, Bandar Hilir by Prime Minister Dr Mahathir Mohamad, which was attended by about 10,000 people.

Read more: 10,000 gather in Malacca for launch of National Month

He said the people must appreciate that the country's success was built on unity and patriotism.

“Malaysia’s population consists of diverse cultures and races. The harmonious relationship among these races will further strengthen national sovereignty and development," he said.

The #KitaMalaysia campaign based on the principle of shared prosperity, said Gobind, is an initiative introduced by the government towards a harmonious relationship and cooperation of the various races which is the main key in facing numerous challenges to realise the nation's vision.

“To this end, Malaysians have an important role to ensure that we are all proud of our country's achievements after 62 years of independence," he said.

Gobind said the young generation must also be with the government to take part in building the nation's future.

Referring to the Federal Constitution Amendment Bill to lower the voting age from 21 to 18, Gobind said it supported a major and important role for the younger generation to chart the country's roadmap.

“The role of the younger generation in the national development chapter is recognised and emphasised," he said.

Meanwhile, Gobind said various programmes have been planned by the Communications and Multimedia Ministry with the cooperation of federal and state agencies, the private sector and NGOs for the national month celebrations this year.

“The government encourages various initiatives by the communities to celebrate National Day and Malaysia Day together," he said.

He said the Merdeka Jalur Gemilang 2019 convoy that was flagged off by Mahathir tonight would cover 6,200km to symbolise the 62nd National Day and 62 pit stops in states in the peninsula, Sabah, Sarawak and Labuan until Sept 16.