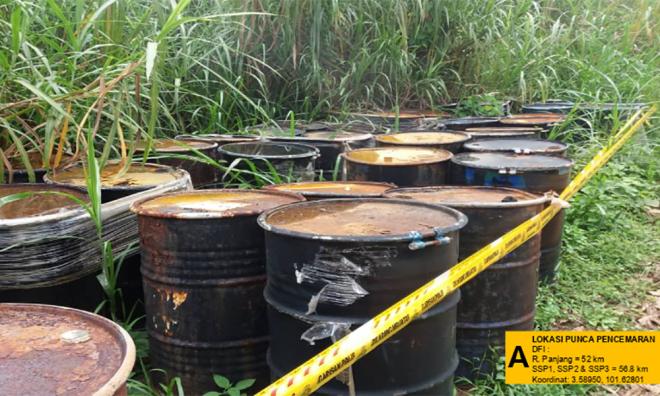 A total of 112 drums filled with an unidentified liquid were found near a creek at an Orang Asli settlement along Sungai Jang, Hulu Selangor on Saturday.

Selangor exco for environment, green technology, science, technology and innovation and consumer affairs Hee Loy Sian said the finding was reported by the Hulu Selangor District Council (MDHS) at 7.39am.

However, no fluids from the drums were found to have entered the river, located about 52km from the Rantau Panjang Water Purification Plant (LPA).

“Luas also put barricade tape on all the drums at the location. Investigations revealed that the drums belonged to the owner of a vegetable farm near the scene.

"MDHS has issued two offence notices to the owner,” he said in a statement here today.

Hee said further investigations revealed that the drums were distributed by a factory in Kampung Sungai Dara, Behrang Ulu, and MDTM had issued an offence notice to the owner of the premises as well.

He said the DOE had also instructed the owners of the factory to remove all the drums from the scene as required under the Environmental Quality Act 1974.

Hee said as of yesterday, all the drums had been transported back to the factory concerned, but Luas and other related agencies were still monitoring the location.