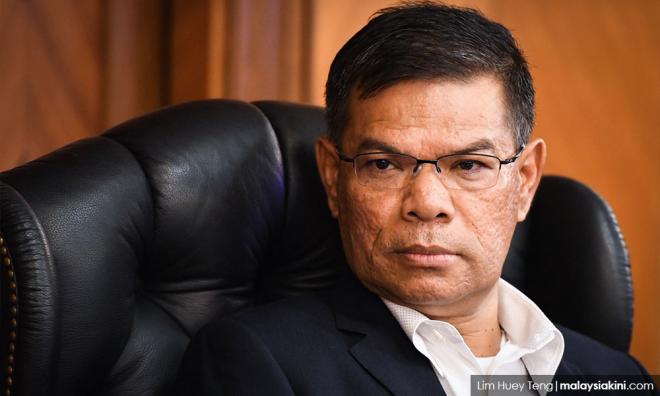 Decision on petrol subsidy for B40 soon - Saifuddin

The government will be announcing the implementation of the targeted petrol subsidy for the bottom 40 percent income group (B40) soon.

Domestic Trade and Consumer Affairs Minister Saifuddin Nasution said a joint paper by his ministry and the Finance Ministry had been finalised and would be tabled at the cabinet.

He said the joint paper was finalised in a meeting attended by him and Finance Minister, Lim Guan Eng as well senior officers of both ministries yesterday.

“It will be tabled at the cabinet for approval or for further amendments soon.

“If the cabinet is satisfied, the government will announce its implementation nationwide soon,” he said.

He told a media conference after the opening of "Say No to Tender Cheating Seminar” organised by the Malaysia Competition Commission (MyCC) by Sabah Chief Minister Mohd Shafie Apdal in Kota Kinabalu today.

Through the subsidy mechanism, car owners will be receiving the petrol subsidy limited to 100 litres and 40 litres for motorcycle owners.

On the abuse of Approved Permit (AP) issued to import round cabbage which created unfair competition and causing the price of the vegetable to rise, Saifuddin said a report on findings of food sector market study by MyCC would be tabled at the cabinet.

He said this would be followed by actions including improvements on any agencies on the import of cabbage.