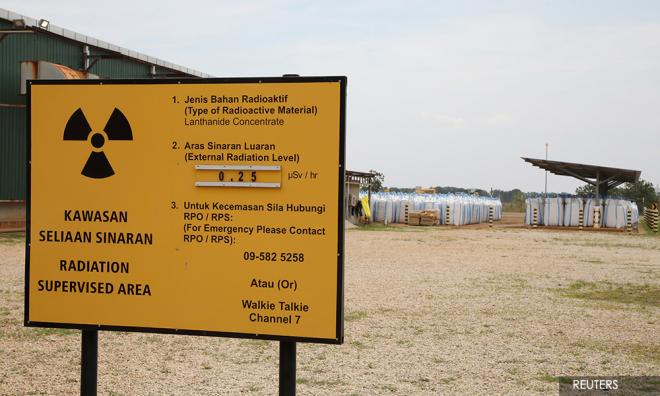 YOURSAY | ‘Please don't make the same mistake of believing that cash is king.’

The trouble is, he thinks it's less important to provide clarity to Malaysians on where and how Lynas is disposing of its toxic waste. All they say is, "Lynas is hunting for a waste disposal site in Pahang."

Who decided that this is acceptable? And if so, where will the radioactive wastes land? In our jungles? On our islands?

And logically, shouldn't the identification of a waste disposal site as well as waste disposal process be a precondition to even commencing operations in Malaysia?

And if this is a failure on the part of the former government, why is the current government squeamish about giving them a deadline to come up with a total waste management proposal, including site confirmation, before renewing their licence?

Anonymous 770241447347646: How many nations do not have rare earth plants in their backyards and still have investors willing to invest in them? Are we only interested in inviting investors that only rely on rare earths?

Wake up, minister. We already had one catastrophe when we had to bury radioactive minerals on our soil. They have lifespans that last for a very long time.

One day, our future generations will be the ones affected. Now we are looking for another site to bury more radioactive minerals on Malaysian soil.

You think you are smarter than the Australians? They have rejected their own waste. Why? They realise the danger the waste poses.

We have survived without Lynas in the past very well. There were many investors who were willing to come here.

We will survive even better without Lynas. There will still be investors who will come – even better investors, who will be more profitable to the nation.

Anonymous_1527925538: Worse, if more rare earth is processed, more radioactive and toxic materials will be dumped in Malaysia.

The government must not risk the health of its citizens for money. That is most irresponsible of any government.

Don't make the same mistake of believing that cash is king. The rakyat is king and can dump the government if they feel their welfare is trashed.

Shibboleth: With facts, you can argue anything. Without a doubt, radioactive wastes pose a risk.

The question is, how can we mitigate the radioactive risk and, in the worst-case scenario, can we clean up the mess without the loss of lives?

Fukushima is a thousand times more dangerous than Gebeng. The worst happened, and the Japanese seem to have contained the fallout.

Tango Bug: To the rest of the cabinet, perhaps it’s time to take a stand on this matter.

If the prime minister appoints people at his pleasure, then let him appoint others rather than be tainted by the lack of integrity inherent in this decision.

Idiocracy: What about investors' clarity on all the other projects?

Redzuan seems to be picking and choosing which investments need clarity. And he has picked one that voters strongly disagree on. What kind of politician is this? Kakistocracy.

Kuantan folk must mobilise urban support and make the Lynas threat something real for the millennials. Come on.

The most revealing part is the connection to Japan through Mahathir. Shame on those who argued that people who protest against Lynas are acting like a third-world country.

This argument has been quashed by Fuziah who pointed out how it transpires that we are actually trapped in the middle position, with Japan (which is Lynas' largest customer) standing to gain the most at the end after the rare earth ore is processed here.

Anonymous_1543475877: One question, everybody. If Lynas is denied a licence and they leave, what will happen to all the existing radioactive waste?

Would it not be better to give them the licence provided they explain how they will manage the huge collection of waste?

Waste handling that will satisfy critics must begin now. What do you say Fuziah, and Bentong MP Wong Tack?

Anonymous_1cfb3ab6: According to Yeo’s earlier comments, it was a “majority” decision; meaning it wasn’t unanimous.

As this is in the Pakatan Harapan manifesto, this is a betrayal.

Although everyone knows rare earth is worth a lot currently because Lynas is one of the few producers outside China and will become China’s trade weapon, it still amounts to a broken political promise.

It would be interesting to find out what the “majority” vote versus the dissenting vote was.