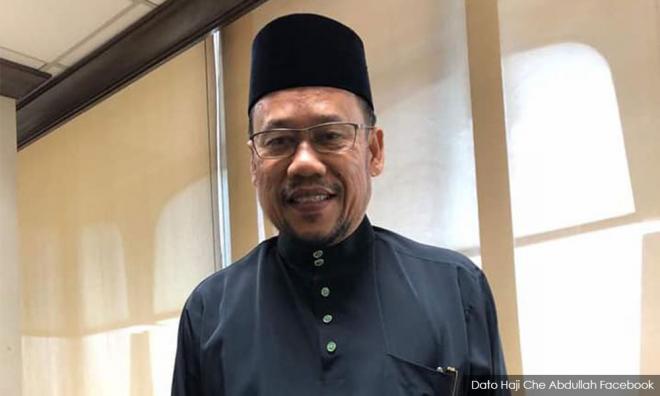 PAS MP: Kit Siang should zip it after not coming for Zakir's ceramah

He said this is after Lim did not turn up for a ceramah by Zakir last Friday despite PAS inviting the DAP lawmaker to attend the event.

"We had waited for Lim to appear. It would have been good if what Lim has to say is said in front of Zakir that night when all opportunity would be accorded to him to make his case.

"What was YB afraid of?" he said in a statement today.

Che Abdullah, who was the chief organiser of the ceramah, said Kelantan PAS had sent the invitation to Lim through various methods but did not receive a favourable response.

Zakir's preaching has courted controversy due to his method of comparing Islam to other religions which has caused non-Muslims to take offence.

Lim had concurred with corporate trainer Anas Zubedy who suggested that the preacher should leave Malaysia on his own accord.

However, this sparked unhappiness amongst PAS leaders who have staunchly backed Zakir.

Zakir, a permanent resident, is in self-imposed exile in the country as he is wanted in his native India on money-laundering charges.

Putrajaya has refused to deport the preacher expressing concern about whether he will receive a fair trial.

Lim had previously acknowledged the invitation but said PAS did not understand his message.

"If Kelantan PAS Youth had understood my statement which was in a quite simple language on why I supported Anas Zubeidy’s open letter to Zakir to voluntarily leave Malaysia, it would not have made the invitation," he said.