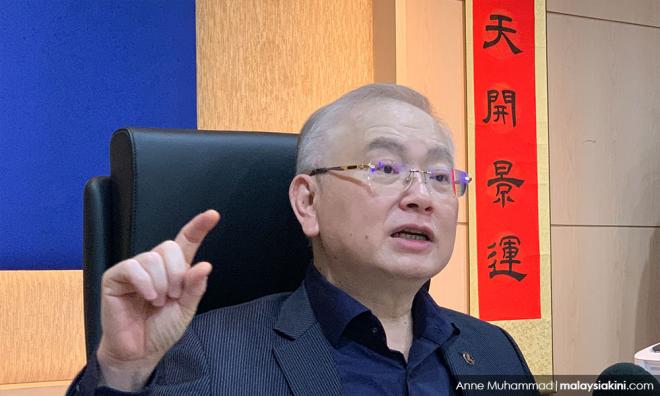 MCA president Wee Ka Siong said objections to the introduction of khat lessons for Standard 4 pupils, which includes vernacular schools, were more about the future of multi-stream education and not about racism.

"If defending multi-stream education is said to be racist, then what about the argument that the Chinese are wealthy and insisting on the matriculation quota system?" he said in a Mandarin statement on Facebook.

Wee appeared to be referring to Education Minister Maszlee Malik's statement in May when he said the matriculation quota, which reserves 90 percent placement for bumiputera students, was because they needed help and the Chinese were generally more well off.

The minister later clarified that he was not generalising that all Chinese were rich.

Wee's statement comes hours after Prime Minister Dr Mahathir Moahamad labelled Dong Zong as "racist" after the Chinese educationists' group claimed the introduction of khat lessons was an "Islamisation" attempt and started a petition to scrap the plan.

This was despite the Education Ministry making concessions by reducing the planned lessons from six pages to three pages for the Standard 4 Bahasa Malaysia textbook and making the subject optional.

Using the hashtag "MCA is the backbone of Chinese education", Wee said the objections were not only from Dong Zong but also from the Indian community, religious groups and even Malay intellectuals.

"We are not racist. Millions of us object to the policy not because we hate Jawi. To the contrary, we respect the cultural and artistic value and respect Jawi (if) it is introduced in arts education, as an elective or co-curriculum.

Wee also took aim at Mahathir, pointing out that he was the only prime minister to have jailed Chinese educationists under the now-defunct Internal Security Act (ISA).

The Ayer Hitam MP was referring to Mahathir's "Ops Lalang" crackdown in 1987 when he was the fourth prime minister.

He also questioned if the DAP would stand up to Mahathir.

"Does the DAP dare rebut Mahathir and defend Chinese education?" he asked.