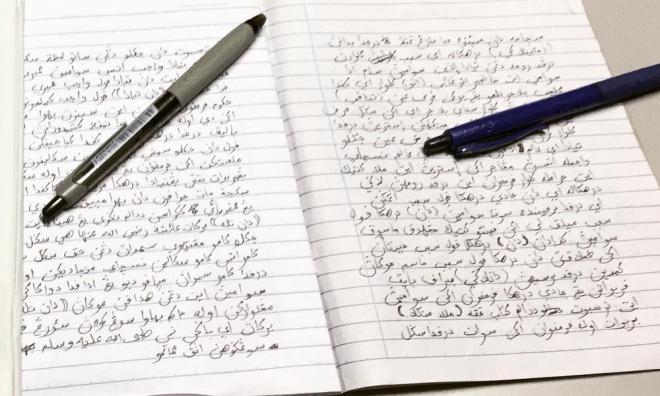 DAP grassroots who rebelled against khat back latest solution

The DAP grassroots grouping that had objected to the implementation of Jawi khat for Year 4 pupils said it now accepts the latest solution provided by the Education Ministry.

"We, the signatories, are of the opinion that the Education Ministry's announcement on August 14 on the khat issue is an appropriate resolution and clarifies the confusion caused by the ministry's earlier statement on August 8," they said in a statement today.

The statement was signed by 41 leaders in state and central leadership and 263 others in branch and divisional leadership positions, including 12 assemblypersons.

The grouping had on July 31 issued a statement objecting to the Jawi khat lessons and launched a veiled attack on central leaders who defended the policy.

The original plan was to introduce six pages of Jawi khat lessons to the Year 4 Bahasa Malaysia textbook, but the Education Ministry on August 8 slashed this to three pages and made it optional after pushback from the non-Malay community.

However, discontent persisted with critics complaining that the ministry was not clear on what "optional" meant and whether it would really be the case as the power to decide lies with teachers.

Following this, the Education Ministry, after consulting the cabinet, announced that the three-page Jawi khat lesson will only be taught in vernacular schools if they are endorsed by the Parent-Teachers Association.

"We feel the latest statement ensures that both Tamil and Chinese schools have the freedom to implement the Jawi khat lessons and address worries that the implementation could alter the nature of vernacular schools.

"We thank all DAP ministers for doing their best in addressing this matter in the cabinet and with the Education Ministry, and ensuring the voices of the Chinese and Indian grassroots communities are not neglected," it said.

The group added that they will monitor the implementation to ensure it is in accordance with the announcement yesterday.

"We also urge the Education Ministry to consult and seek consensus with the relevant education groups and communities if it wants to amend the curriculum of Chinese and Tamil vernacular schools so as to prevent another controversy," it said.

The issue caused racial tension after Dong Zong branded the implementation as a form of "Islamisation", while Prime Minister Dr Mahathir Mohamad lashed out at the Chinese education group, calling it "racist".

Lim had come under attack from his own support base, but has maintained that three pages of khat lessons won't threaten Chinese culture and all races must overcome the mutual fear of each other.