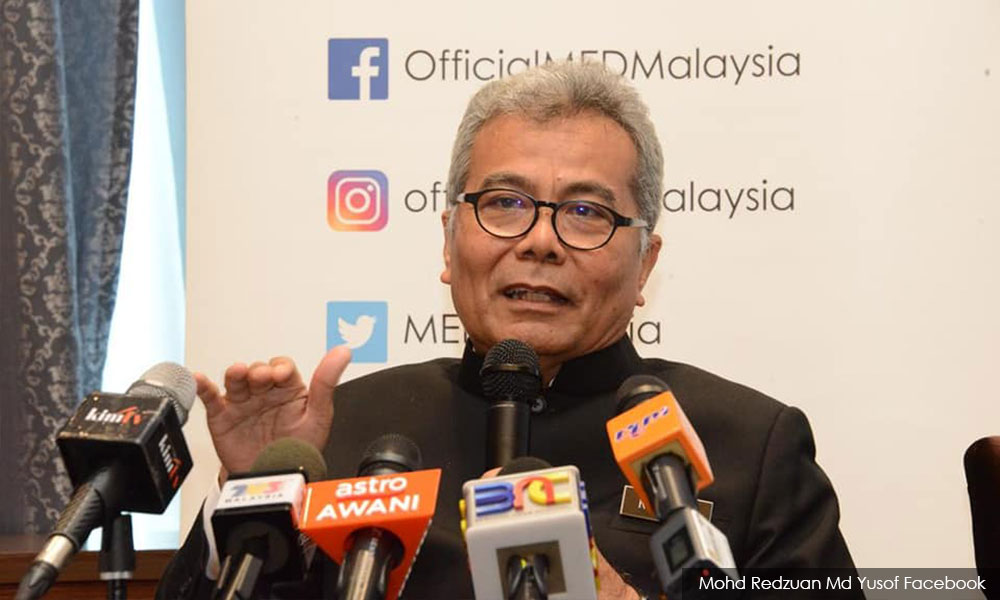 Bumi entrepreneurship grants only for those qualified - minister

The government, through the Entrepreneur Development Ministry, continues to give grants to bumiputra entrepreneurs, but the assistance would only be given to those in the target group who are truly qualified.

Minister Mohd Redzuan Yusof said the main function of the ministry was not only to give out grants but more towards assisting and opening the opportunities to entrepreneurs to boost income.

‘’The main function of the ministry is to teach those who want to be an entrepreneur, if the entrepreneur is really keen and has direction, we will help by giving the grant to expand his endeavours.

‘’As such, I hope the people can change their thinking and no longer hope to be merely given free assistance,’’ he told reporters after visiting the Pekan Baru Complex in Alor Setar today.

He was asked to comment on the statement of Parti Bumiputera Perkasa Malaysia (Putra) vice-president Hamidah Osman, who suggested that the Pakatan Harapan government close down the ministry following its decision to no longer give free grants to bumiputra entrepreneurs.

Hamidah was reported to have said that it was of no more use for the ministry to exist if it could not help those needing assistance.

Meanwhile, Redzuan said that the government would help by giving grants involving researches which had the opportunity to be commercialised to help speed up the start of an entrepreneur’s business activity.

‘’If the entrepreneur can give a commitment to the government and himself, we will help by giving a grant but free money is unavailable. If you look at the record, there are those who only spent 50 per cent of the money they received for business, they do other things with the other 50 percent.

‘’So, that is already an abuse of grant, as such the government wants to reduce. During the previous government, (if) the entrepreneur knows the people there, here, they have a bright chance of getting free money but the current government and ministry is more focused,’’ he said.

Last Friday, Redzuan was reported to have said that Putrajaya no longer gives free grants because it did not want entrepreneurs to be too dependent on the assistance.