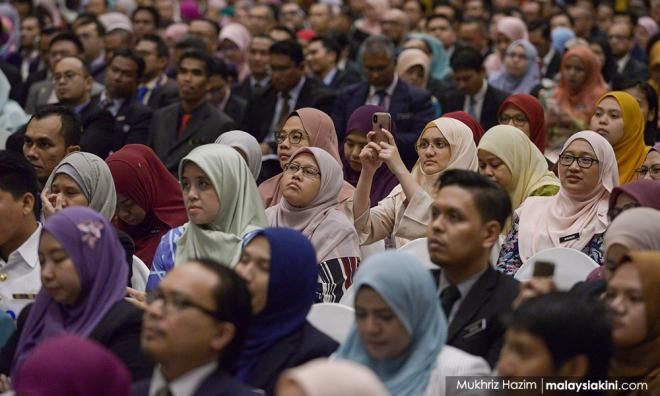 Higher retirement age not the only way to protect worker welfare

ADUN SPEAKS | Apart from the retirement age, there are other ways to enhance the wellbeing of workers.

Even though the Human Resources Ministry said that it would study the Malaysian Trades Union Congress' proposal to increase the mandatory retirement age from 60 to 65, the idea was shot down by Prime Minister Dr Mahathir Mohamad.

Mahathir agreed with Youth and Sports Minister Syed Saddiq Syed Abdul Rahman that raising the retirement age would have adverse consequences on the economy by stunting opportunities for those entering the labour market.

Mahathir further noted that such an increase might prolong the career paths of those who hardly contribute much, or in his words, “deadwood”.

It is unfortunate that the Human Resources Ministry hardly had the time to present the retirement proposal to the cabinet before it was shot down in a press meet.

I am not sure whether the ministry had prepared a proposal on the matter, or if it was just from MTUC.

Mahathir (photo) might have his reasons for rejecting the proposal, without even having referred the matter to the ministry for their views on the idea.

Yes, the mandatory retirement age was raised from 55 to 56 and then to 58 and eventually to the present 60. It is not that the retirement age has been stagnant for the past 60 years or so.

Retirement or mandatory disengagement from work means many things for many people. However, to arrive at a reasonable mandatory retirement age, a proper study should be done.

MTUC might have some good reasons, but these might not be sufficient to convince the government as to why the retirement age has to be raised.

Needless to say, even if we are sympathetic to the idea of raising the retirement age, the financial position of the country could be a major obstacle.

If I am not mistaken, the MTUC, being a trades union congress, is more concerned with the future of employees, especially those in the rank and file categories and not so much with those in higher categories.

If these employees retire, the prospect of re-employment is not as good as those in the higher categories in possession of skills and competence.

This is perhaps the most compelling reason why the MTUC is pushing for the extension of the retirement age in this year’s budget.

One could just imagine the costs if this extension provided for public sector employees, who number about 1.4 million in the country, the majority being in the rank and file categories.

Even if a new retirement age is not possible, surely the government can think of other ways to increase the purchasing power of employees.

For this to happen, the government should at least recognise the right of workers the freedom of association that might enhance their bargaining power.

The recent debacle by the government, employees and MTUC in not supporting the International Labour Organisation bill in Geneva on freedom of association is a mistake that should be avoided.

I can understand the position of the employees, but not that of the government and MTUC.