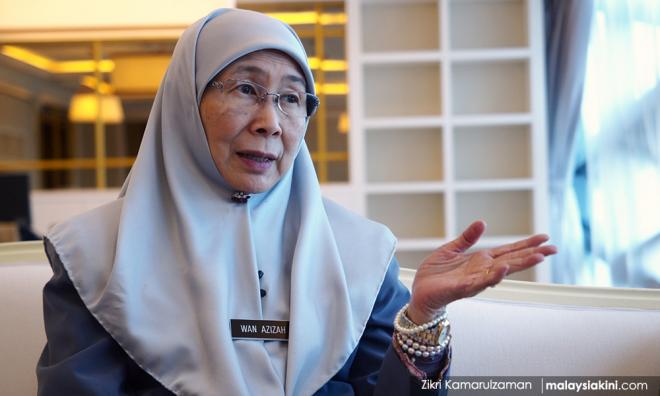 Wan Azizah, who is also Women, Family and Community Development Minister, said as of now, 88 such centres had been set up, benefiting 36,931 registered senior citizens.

”The government aims to provide more such facilities for the benefit of senior citizens and other groups of the community,” she said at the launch of the Malaysian Ageing Research Institute (MyAgeing) complex at Universiti Putra Malaysia (UPM) in Serdang today.

According to data from the Department of Statistics, Malaysia will reach the status of an aged nation by 2030 when citizens aged 60 and above will make up some 15 percent of the total population.

At that time, the country's population is expected to reach 38.1 million people, of whom 5.8 million will be senior citizens.

Wan Azizah said the public should support initiatives by the government to increase the welfare of senior citizens by promoting active ageing.

Meanwhile, the senior citizens themselves should think positive, practice a healthy lifestyle and get involved in activities that could contribute to the community, she said.

UPM Vice-Chancellor Aini Ideris, in her speech, said that MyAgeing, which was previously known as Gerontology Institute, was set up on April 1, 2002, and was upgraded to be the National Ageing Research Institute in 2015.