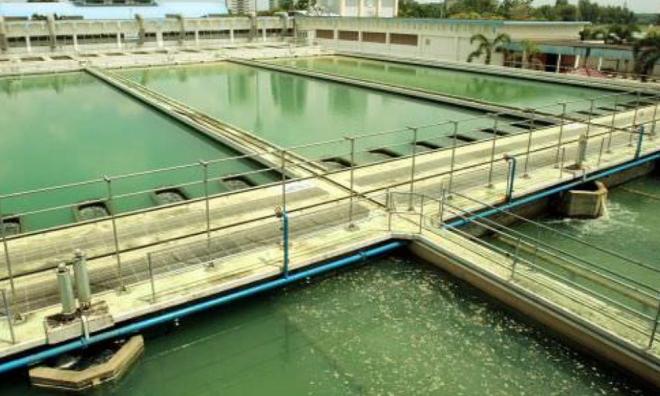 Water supply to be restored in stages - Air Selangor

The Semenyih River treatment plant (above) has resumed operations early this morning following a 13-hour shutdown which resulted in water disruption for over 300,000 users in Selangor.

The closure resulted in the reduced production of treated water by up to 357 million litres a day.

“Air Selangor wishes to inform that the Sungai Semenyih water treatment plant, which has ceased operation due to odour pollution at the raw water source, has resumed full operations as at 6.30am after it was stopped for 13 hours and 30 minutes...

“The process of increasing the balance pool level and channelling to the distribution system and service pools at the affected areas are being carried out before water supply can be channelled for the recovery process in stages,” Air Selangor said in a statement.

“Water tank lorries have been mobilised and 10 service centres have been activated as at 8am, today, to channel relief to affected customers until water service is fully restored,” it added.

It was reported yesterday that up to 372,031 consumers in the Petaling district, Hulu Langat, Kuala Langat and Sepang are affected by the unscheduled water cut due to the closure of the treatment plant yesterday.

“Subang Jaya has been affected a total of five times in the last 12 months, three of which were due to contamination. Banting has been affected by water cuts twice this year," they said in a joint statement today.

“As elected representatives, our duty is to act as check-and-balance to our own government. We, therefore, demand that National Water Services Commission (Span), Selangor Water Management Authority (Luas), Air Selangor, the attorney-general (Tommy Thomas) and/or any relevant agencies provide answers to the following: what action has been taken against contaminators of past episodes? What exactly is the audit and surveillance process for activities upstream of the water treatment plant?; (and) was this process reviewed at all after each contamination?”

The duo further pledged to “exhaust the necessary state legislative processes” in the upcoming State Legislative Assembly sitting should responses by the authorities prove unsatisfactory.

Prior to this unscheduled water disruption, up to one million Klang Valley users were affected by water cuts in July following pollution detected at the raw water source at Sungai Selangor.

Police had ruled out sabotage in the case, although Inspector-General of Police Abdul Hamid Bador revealed the incident could have been caused by negligence on the part of the company employed by the state to clean up the river.

In another media statement, Indah Water Konsortium Sdn Bhd (IWK) reiterated that the closure of the Semenyih River treatment plant was not caused by the water treatment operation, but due to the illegal waste disposal near the IWK plant.

It stated that the employees made the inspection after receiving a call from Air Selangor at about 2pm.

"The source of the chemical odour came from a waste which located at 2km from the IWK plant," it said, adding that IWK had filed a police report regarding the incident.

IWK said the inspection was also joined by staff from the Span and Luas.

It expressed disappointment after being an easy target for water pollution incidents.