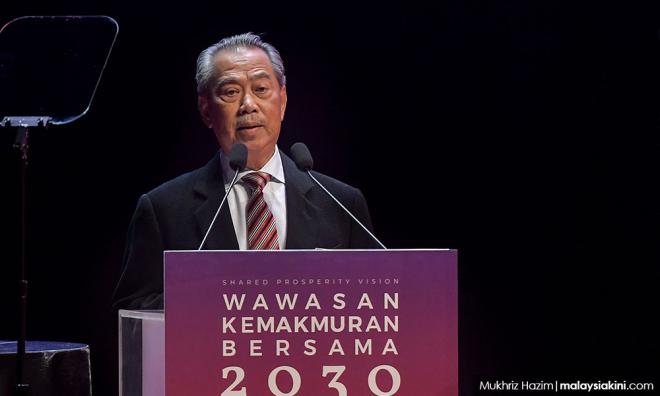 Unlike the previous economic policies that looked at economic disparities based on ethnicity and race, the Shared Prosperity Vision 2030 looks at the issue from a wider and more comprehensive perspective, encompassing income classes, territories and supply chains.

Chairman of Institut Masa Depan Malaysia (Malaysian Future Institute) Muhyiddin Yassin said that through that more holistic approach, all Malaysians regardless of race would be able to enjoy the country’s prosperity when the economic gap has been narrowed.

“The basic principle is clear. Any marginalised segment of society will be assisted by the government [...] including the B40 group, 70 percent of which are bumiputera.

“Specific strategies and initiatives will be implemented under the new vision to increase the income of B40 households and to provide them with various support and assistance to enhance their capability,” he said in his welcoming remark at the launch of SPV2030 by Prime Minister Dr Mahathir Mohamad at the Kuala Lumpur Convention Centre today.

Muhyiddin, who is also Home Minister, said this would include the development of skills and professionalism, participation in supply chains and creation of wealth.

Therefore, the bumiputera, as the largest segment in the B40 group, will be among the biggest beneficiaries of SPV2030.

“In fact, bumiputera outcome as a whole is among the important highlights of the vision,” he said.

Nevertheless, Muhyiddin said SPV2030 would not marginalise any other races or ethnic groups, who made up the remaining 30 percent in the B40 group, as they would benefit from the various initiatives taken by the government in narrowing the income gap.

“Malaysia needs a new economic direction to boost the country's economic performance and ensure that the wealth and prosperity generated by the country can be enjoyed fairly and inclusively by its citizens.

“Continuous efforts must be made to boost the country's economic growth, develop new economic areas that can provide high-income employment opportunities to the people and narrow the economic gap among income classes, ethnic groups, territories and supply chains,” he said.

He said although the previous economic policies had shown success, there were still some weaknesses, including leakage and difficulties in the implementation process, hence some of the targets cannot be fully achieved.