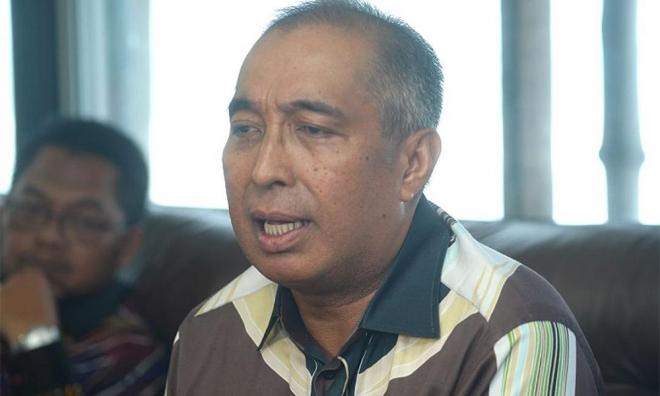 The possible entry of Salleh (above) into PKR is not just a backdoor issue but one which could have a severe negative impact and prove a liability to a party that is calling for reforms and change based on the values of truth and justice, he said in a statement today.

"Salleh was a staunch supporter of Najib before GE14 and became a liability and suffered a humiliating defeat with the BN government.

"He himself, as the communications and information minister then, was rejected for the Kota Belud parliamentary seat by voters, especially by the younger generation, who have a distaste for Salleh's role as Najib's ‘Last Samurai’," said Mustafa, who is also head of PKR's Kota Belud division.

"However, PKR's political bureau will discuss and consider this in its next meeting," Fahmi said in a brief statement.

Mustafa said: "I can feel the anxiety of leaders and party members all over the state. The experience of rebuilding Kota Belud through politics of values is at odds with the money politics culture of the old leadership.

"I can forgive, but it is hard to forget the history of leaders who have always denied the potential rise of others, especially the younger generation. I can be big-hearted, but I won't compromise on the principles of struggle."

Mustafa called on the party leadership to judge fairly between reformers and Salleh.

He pointed out that while current Sabah PKR leader Christina Liew was said to be weak, she was, in fact, the state leader who succeeded in overthrowing the BN government after a struggle of 20 years.

He lauded her good relations with Sabah Chief Minister Shafie Apdal and said that state leaders and party members now had the opportunity to become partners in the state government.

"In the end, I hope the central leadership, especially party president Anwar Ibrahim, will be able to make a fair judgment. We love the party we have been in for 20 years and want to make it a smooth path for Anwar to be the eighth prime minister."

He asked Anwar not to let down the hopes of people who want to see politics of change.

On a personal note, Mustafa (photo) added that he would continue his struggle to educate the people to understand the politics of values and change.

"If I am eventually sacrificed, I would still be happy to guide the younger generation in their struggle," he said.

Meanwhile, Sabah PKR Youth information chief Razeef Rakimin told The Malaysian Insight that the state chapter’s leadership risks being “hijacked” by a newcomer, as what had happened in the past.

Citing the past experiences of Wilfred Bumburing and Lajim Ukin, he said their presence had left the party in disarray until Liew took over.

Razeef said almost everyone in the party’s state leadership is opposed to it, largely over concerns that the former Sabah Umno man Salleh may hijack the top post.

In a blog post on Sunday, Salleh said that he applied to join PKR because it is a multiracial party that reflects his political views and that the party's progressive politics is what is needed to save Malaysia from extremism.

Perak PKR chairperson Farhash Wafa Salvador Rizal Mubarak went on to endorse Salleh, saying that with his wide experience and leadership qualities, the political leader could contribute to and help strengthen PKR, especially in Sabah.

Yesterday, former speaker Pandikar Amin Mulia said he will not follow Salleh in applying to join PKR despite recently pledging his support for Anwar, but would instead work to revive his former party, Akar.