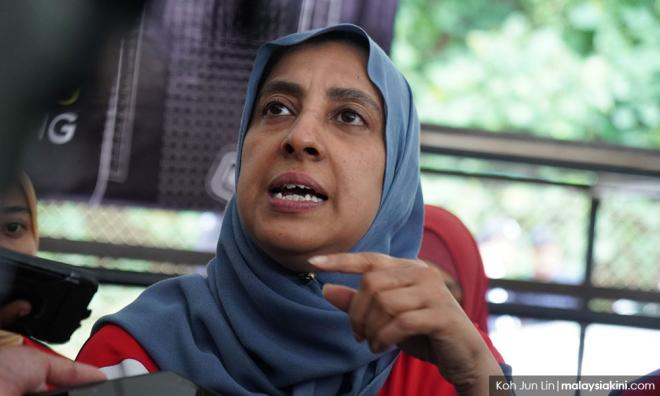 The MACC has received many responses following Monday's announcement by its chief Latheefa Koya that the body had issued compound notices to 80 individuals and entities to recover over RM420 million of 1MDB monies allegedly received by them.

"In terms of ongoing cases, we have no information that we can share. For now, all that has been done has been to submit compound notices to the entities and individuals and there are ongoing discussions."

She added that because those summoned had two weeks from the date of the notice and it was up to them to submit an appeal or request more time for payment.

Latheefa said this at a joint shooting sports event between the MACC, the Royal Malaysian Police, the Prisons Department and the media earlier today.

Asked about whether former CIMB group chairperson Nazir Razak who has promised to cooperate with MACC over RM25.7 million in 1MDB-linked money allegedly received by him, Latheefa said, "Yes we are waiting but cannot share the details."

"What we revealed that day was a list of names that received compound notices.

"Most have been given notice and it is up to them how to make the payment. Whether to pay immediately or wait for the end of (the deadline). We'll wait for them to come forward," she said.

She also declined to answer what would happen to those who didn't pay up the sums listed on their respective notices.

"No one has paid yet," she said, adding there were even some summonses issued to those who were out of the country.

"I have issued a statement noting that the list of notices is not exhaustive. It is not final. There are hundreds of people but we set the amount owed at RM500,000 and above (for this round). That's 80 individuals and entities."

"This is not a selective or politically-motivated issue. We're going for the bigger amounts first," said Latheefa, adding that a lot of people had given their feedback.