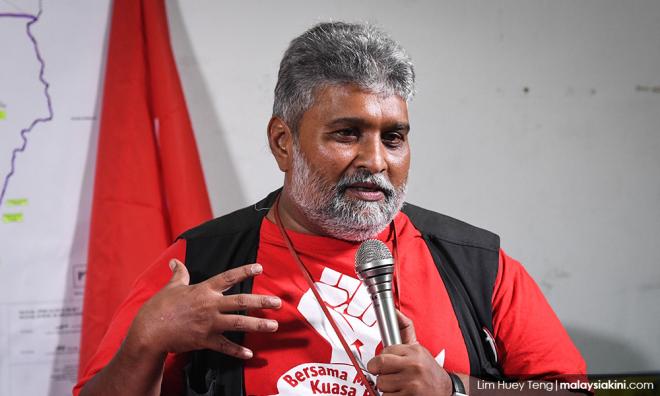 PSM has suggested that the attendance of MPs and senators be published on the Parliament website on a daily basis when the two Houses are in session.

According to party deputy chairperson S Arutchelvan, this would help improve attendance.

“On RTM or the Parliament live screen, there must always be a table showing how many government and opposition MPs are present.

“This will not only help improve attendance but also help voters evaluate the performance of their respective MPs,” he added in a statement.

Arutchelvan also noted how when PSM chairperson Dr Michael Jeyakumar had served as the Sungai Siput MP for two terms, he had set a standard for others.

“He used to declare his assets yearly as well as publish a report card and all his questions in a booklet,” he added.

Jeyakumar had won the Sungai Siput seat in Perak after defeating its long-term incumbent and former MIC president S Samy Vellu in the 2008 general election.

However, he was defeated in the last general election by PKR's Kesavan Subramaniam.

Arutchelvan was responding to Bersatu supreme council member Rais Husin who lamented the poor attendance of lawmakers in the Dewan Rakyat, especially during the debate on Budget 2020.

"MPs attendance at the parliamentary session is quite abysmal especially when such important issues are being debated like the Budget 2020.

"How to improve attendance at the Parliament and reduce truancy?" Rais had said.

At present, Parliament only provides a report on MPs' attendance and voting record at the end of each meeting, which can take a few months.

The report is also not released to the public but provided to MPs as well as the Parliament library.