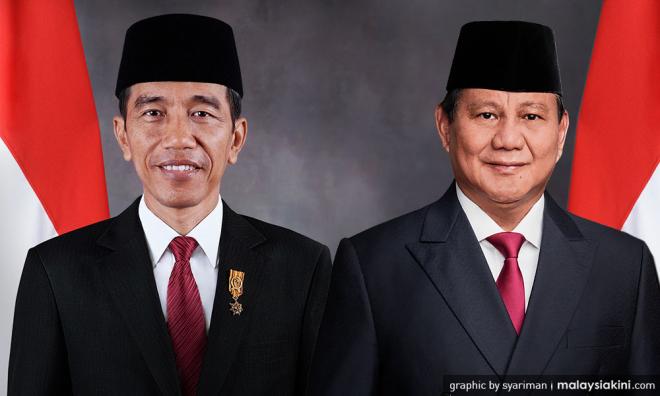 Indonesian President Joko Widodo said on Monday he wanted "innovative" ministers in his cabinet for a second term, as the co-founder of tech startup Gojek said he would join and a former chairman of Inter Milan soccer club was tipped for a post.

The make-up of the cabinet is being closely watched to see how many are technocrats, who are more likely to fall in with Widodo's reform agenda.

Party-affiliated candidates are seen more at risk of falling back on traditional loyalties.

There has also been speculation that Widodo's challenger in April's bitterly fought presidential election, Prabowo Subianto, or other members of the opposition could join.

Widodo had been expected to announce his line-up on Monday but this was likely to be delayed until Wednesday, according to Mahfud MD, a former head of the Constitutional Court, who said he was interviewed for a post at the palace on Monday.

"I want appointed ministers to be figures who are innovative, productive, as well as be hard and fast workers. Figures who are not stuck in monotonous routines," Widodo said in a Twitter message.

There has been no official announcement but Mahfud told Kompas TV at the presidential palace: "On Wednesday, we are all invited to be announced to all of you, we were called one by one today." He said a swearing-in was scheduled at 9am on Wednesday.

Mahfud, who was at one stage expected to be the vice-presidential running mate of Widodo, has been linked in media to the post of law and human rights minister.

All of the candidates said the president had asked them to join the cabinet, but they declined to confirm the positions offered.

Nadiem Makarim, 35, the chief executive of Indonesian ride-hailing and payments firm Gojek, was another visitor at the palace.

"I have received a big honour to be able to join the cabinet of the president," Makarim told reporters.

He said his specific role would be announced by the president later, but he has been linked to a possible post in a new digital economy ministry or in education. Gojek said the company's president Andre Soelistyo and its co-founder Kevin Aluwi would take over the leadership of the US$10 billion unicorn.

Widodo's election campaign manager Erick Thohir, 49, the chairperson of media business Mahaka Media, was also at the palace. Shares of Mahaka Media soared 20 percent on Monday on expectations that Thohir, a former chairperson of Italian soccer club Inter Milan, was joining the cabinet. Thohir said he would resign from his role in his company if appointed to the cabinet.

Widodo has been besieged by "extremely intense" jockeying for posts as he sought to build a cabinet of technocrat ministers, a presidential adviser has said, declining to be named.

Ryan Kiryanto, an economist at Bank Negara Indonesia, said he was not concerned about any impact on the markets or economy of a delay in announcing the cabinet, instead seeing it as "reflecting carefulness" by the president in his selections.

Widodo, 58, has pledged to cut red tape and keep building infrastructure to underpin growth in Southeast Asia’s largest economy, but also made improving education a top priority to encourage investment and create jobs for a youthful population of 260 million people.

At his swearing-in on Sunday, he said: "This will be a big problem if we fail to create enough job opportunities."

Airlangga Hartarto, the current industry minister, was among a string of potential candidates meeting the president at the palace.

He said he had discussed how to narrow Indonesia's trade deficit, with elaborating on any role. He has been linked in media to the job of coordinating minister for economic affairs.

Widodo has previously said respected Finance Minister Sri Mulyani Indrawati would retain a position in the cabinet, but gave no further details.

The president has also been meeting with opposition leaders and some media reports have suggested retired general Prabowo could serve as defence minister.

Widodo said after meeting Prabowo at the palace earlier this month they had discussed the possibility of Prabowo's party Gerindra joining the government coalition.