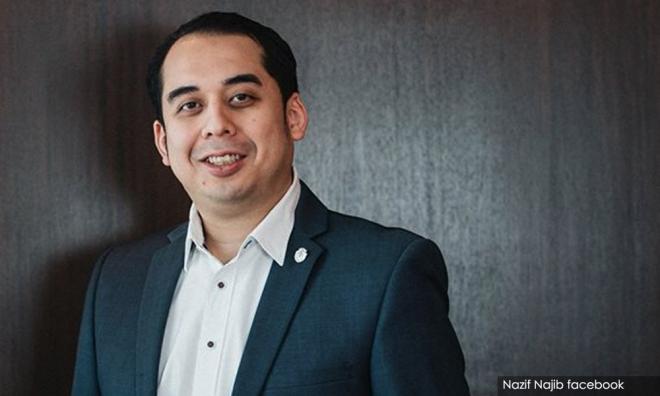 The Inland Revenue Board (IRB) has applied for a summary judgment of its lawsuit against former Prime Minister Najib Abdul Razak’s son, Mohd Nazifuddin (above), to seek RM37.6 million in unpaid taxes from 2011 to 2017.

Wee said IRB filed the application, under Order 14 of the Rules of Court 2012, yesterday and the notice has not been served to his client yet.

Wee said he had also filed an application for stay of proceeding of the case pending his appeal on the tax assessment by IRB.

“We filed an appeal with the IRB on April 11 on the amount of additional assessments required to be paid by our client, and the matter was fixed for mention on Oct 25,” he added.

He said the court set Nov 28 for further case management of the lawsuit.

The Malaysian government filed the writ of summons and statement of claims against Mohd Nazifuddin on July 24 this year.

It claimed that Mohd Nazifuddin still had unpaid taxes for the assessment years from 2011 to 2017, as stated through the assessment notice dated March 15, 2019.

According to the statement of claim, Mohd Nazifuddin’s failure to pay the taxes for the seven years, which should be done within 30 days from the date of assessment notice as stipulated under Section 103 of the Income Tax Act 1967, caused a 10 percent additional payment to be imposed.

The plaintiff claimed that the defendant still failed to settle the amount within 60 days in accordance with the Act, and another compounded five percent increase was imposed, bringing the total to RM37,644,810.73.

Hence, the Government is seeking a sum of RM37,644,810.73, with interest of five percent per annum from the day of judgment until the sum is fulfilled, costs and other relief deemed fit by the court.