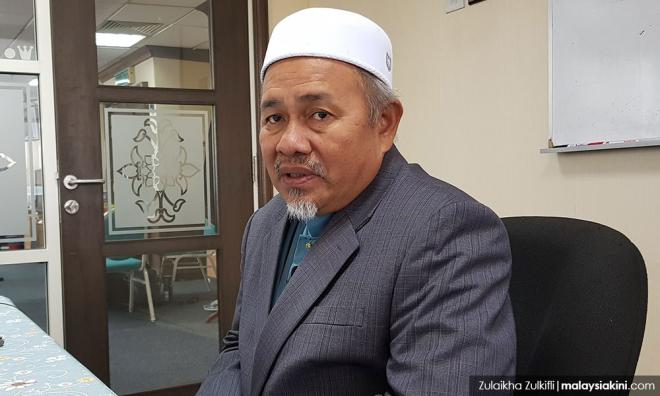 PAS deputy president Tuan Ibrahim Tuan Man is openly calling for the banning of DAP, citing the party's involvement in a number of controversies.

In a statement today, Tuan Ibrahim (photo), who is also Kubang Kerian MP, claimed that the party's agenda is detrimental to the nation.

"Firstly, I have presented the evidence of DAP's Bukit Mertajam MP Steven Sim's comments made at the Mega Chinese Methodist Church in Selangor on Sept 14.

"I have urged the police to investigate his statement, ‘The Kingdom of God is an unstoppable mission, and the reason is simply this, God Himself will act on it, and that is our unshakeable confidence’."

Sim has already responded to Tuan Ibrahim saying that he was speaking in a church, and called on Malaysian Christians to be good citizens with good values.

"I did not criticise or touch on other religions ... I urge Tuan Ibrahim to respect freedom of religion as enshrined in the Federal Constitution and stop spreading hate and division among Malaysians of various races," said Sim.

Even though no one from DAP has yet been charged on the matter and the LTTE is a defunct organisation that was defeated militarily in 2009, Tuan Ibrahim quoted the police as saying the arrests were made based on solid evidence.

"This indicates that the arrest of DAP leaders associated with the LTTE is not a political move but was done in the best interests of the country."

"These three incidents prove that the DAP agenda is increasingly detrimental to national politics. In fact, these actions contradict the constitution of the state and the Federal Constitution.

"It is, therefore, appropriate for DAP to be banned," said Tuan Ibrahim.

Yesterday, opposition leader in Parliament Ismail Sabri Yaakob made a call for DAP to be banned if found guilty of spreading ideologies which contravene federal laws.