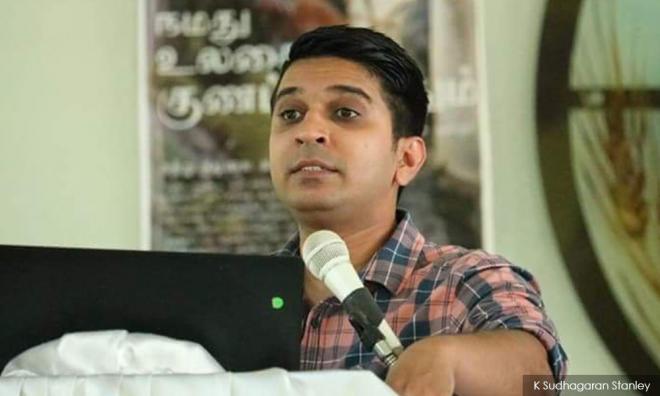 A Penang-based activist has accused the Home Ministry of failing to initiate reforms despite Pakatan Harapan being in power for 17 months.

K Sudhagaran Stanley said there is a lack of public trust for this ministry, helmed by Bersatu president Muhyiddin Yassin, while Prime Minister Dr Mahathir Mohamad is blamed for all that happens.

"This needs to be corrected and public trust must be restored. Many important agencies such as the police and immigration department are under this ministry.

"These agencies seem to be running status quo without any reforms within," he stressed.

Stanley was referring to the banning of the Belt Road Initiative for Win Winism comic book and the continued use of the Security Offences (Special Measues) Act and Sedition Act.

"Everything seems to be the same as during the BN days with regard to the Home Ministry,” he added.

Hew, the artist, Chong Po Ling, and two others, were questioned by the police after reports were lodged against the comic book, which was found to have been distributed to school libraries.

Hew, a former DAP member and ex-CEO of the Malaysian China Business Council, has denied that the publication was a DAP or communist propaganda.

Earlier this month, police used Sosma to detain 12 individuals, including two DAP assemblypersons, for their alleged involvement in the defunct Liberation Tigers of Tamil Elam (LTTE).

Meanwhile, Stanley also took the police to task, claiming that the force continues to be tainted with the same old issues of corruption and abuse of power.

"There should be a strong mechanism for check and balance within the government and ministries.

"We cannot remain status quo or allow the ministry to operate as how it did during the BN era," he added.

Stanley said the use of Sosma and the banning of comic books should not be happening in new Malaysia.

"Something is wrong and we need to fix this," he added.