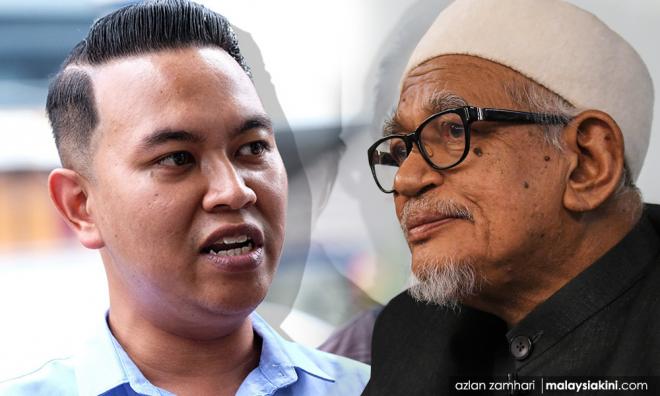 DAP has always upheld the Federal Constitution, unlike PAS president Abdul Hadi Awang, who has repeatedly called it a "constitution of the colonialist" or "laws of the khafir", said DAP Youth exco member Edry Faizal Eddy Yusof.

In a statement today, Edry, who is also the Dusun Tua lawmaker, said DAP, as a party, was not in violation of the law and even PAS had collaborated with his party on several occasions.

"I wish to remind PAS that DAP is still the same DAP which was once 'halal' in PAS' eyes during the Pakatan Rakyat and Barisan Alternatif coalitions.

Edry said this in response to PAS deputy president Tuan Ibrahim Tuan Man's suggestion that the federal government ban DAP, for allegedly having a Christian agenda, having members that supported the Liberation Tigers of Tamil Eelam, and having links with Hew Kuan Yau.

Edry said Tuan Ibrahim's suggestion was very strange since the latter expected a ruling coalition to ban one of its own components.

"The suggestion was not based on valid claims... He is saying so based on investigations against several party members which have not been proven in court.

"Moreover, mistakes by individuals do not incriminate the party," he said.

He said PAS' penchant for prescribing "halal" or "haram" lables does not come as a surprise as it was used when it suited them.

"For instance, when Nik Mohamad Abduh Nik Abdul Aziz admitted to lying about receiving funding from Umno, a lie could become 'halal'," he said.