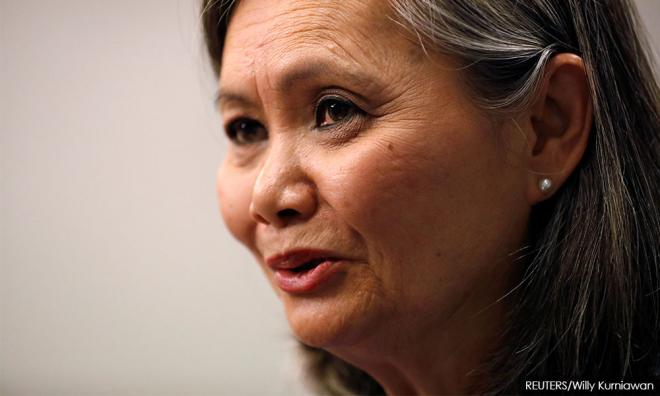 Cambodian opposition figure Mu Sochua, who was briefly detained by Malaysian Immigration authorities and released yesterday, has vowed to continue with her plan to return to her country by land.

In a show of defiance against Hun Sen, the Cambodian prime minister since 1985, Mu, who had been living in exile, also called for the country to open its border for Cambodian opposition leaders to return.

"Hun Sen can not deprive us & the people the right to return. Open the border," she said in the same tweet, which she sent out in response to a Bloomberg journalist's query of her whereabouts.

It was reported that Mu was detained by the Immigration Department at the Kuala Lumpur International Airport (KLIA) on Wednesday evening, before being released the next day.

Immigration Department director-general Khairul Dzaimee Daud had also confirmed that Mu was now permitted to enter Malaysia but did not disclose the reason for her original detention.

The detention came ahead of a planned return by CNRP leaders, including Mu and the party founder Sam Rainsy, to Cambodia to lead demonstrations against authoritarian rule.

However, according to news reports, the acting CNRP leader said he had been prevented, yesterday, from checking-in for a flight from Paris to Bangkok.