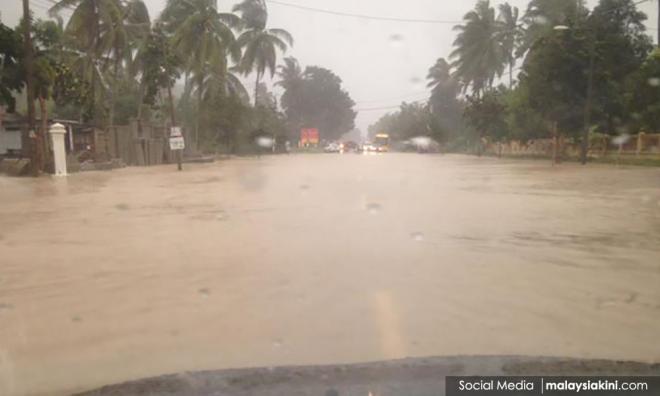 A temporary evacuation centre (PPS) in Hulu Terengganu has been opened following overnight heavy rain that caused flash floods in a village there, with seven families moving early today.

The Kampung Cheting Mosque PPS was opened at 11.30pm, Terengganu Disaster Management Committee Secretariat head Lieutenant Colonel Che Adam A Rahman said, making it the first in the state to be activated in the current monsoon season.

“For now, there are 33 residents from seven families at the centre after their homes were inundated with floodwaters.

“The floods, however, have subsided and the victims will be allowed to return home if the weather is favourable today,” he said in a statement in Kuala Terengganu.

Meanwhile, according to data from the State Drainage and Irrigation Department portal, there has been a steady climb in river water level readings at most of its hydrological stations in the state.

The water level at three stations in Setiu district - Sungai Chalok, the Permasuri Bridge, and Sungai Nerus in Kampung Langkap - has breached the alert level, the data showed.