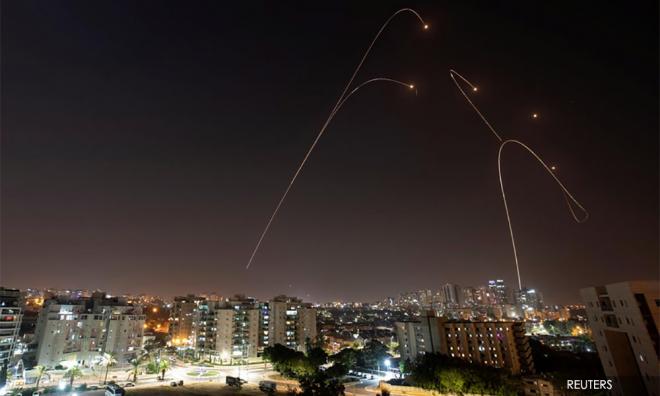 Palestinian militant group Islamic Jihad said it was holding fire from the Gaza Strip after Israel agreed to an Egyptian-mediated truce, calming the worst surge in fighting in months.

The truce was declared from 0330 GMT (11.30am Malaysian time), the group’s spokesman Musab Al-Braim said, marking about 48 hours since Israel sparked the exchange of fire by killing the faction’s top Gaza commander in an airstrike, deeming him an imminent threat.

A total of 34 Palestinians, almost half of them civilians, have been killed, while hundreds of rocket launches by militants paralysed much of southern Israel. Hamas, Gaza’s dominant faction, stayed out of this round of fighting.

An Egyptian official contacted by Reuters confirmed a truce had been reached. Israel’s Army Radio said emergency regulations imposed on areas within range of Gaza rockets were being eased.

Al-Braim said Israel had accepted Islamic Jihad’s demand that it stop both the targeted killing of militants and lethal army gunfire at weekly Palestinian protests on the Gaza border.

“The ceasefire began under Egyptian sponsorship after the Occupation (Israel) submitted to the conditions set by Islamic Jihad on behalf of Palestinian resistance factions,” Al-Braim said.

But Israel said it would observe a simpler quid-pro-quo of holding fire if Palestinian militants did so first.

Israeli targeted killings “will not cease”, he said, and “the open-fire policy for which the Israel Defence Forces is responsible (at the Gaza border) will not change”.

However, the United Nations, which had mediated a truce alongside Egypt, suggested the Gaza situation could still prove tenuous.

“The coming hours and days will be critical. ALL must show maximum restraint and do their part to prevent bloodshed. The Middle East does not need more wars,” tweeted UN envoy Nickolay Mladenov.

Gaza appeared to have fallen mostly silent at the hour cited by Islamic Jihad, with the exception of a lone rocket launch witnessed by a Reuters correspondent and the sounding of sirens in some outlying Israeli towns.

Earlier today, an Israeli missile strike killed six members of a Palestinian family and wounded 12 people, all of them civilians, medical officials and residents said.

Israel’s Army Radio said the head of the family, who was among the dead, was a Palestinian rocket commander. This could not immediately be confirmed by Reuters. The Israeli military said it was investigating civilian deaths in the incident.