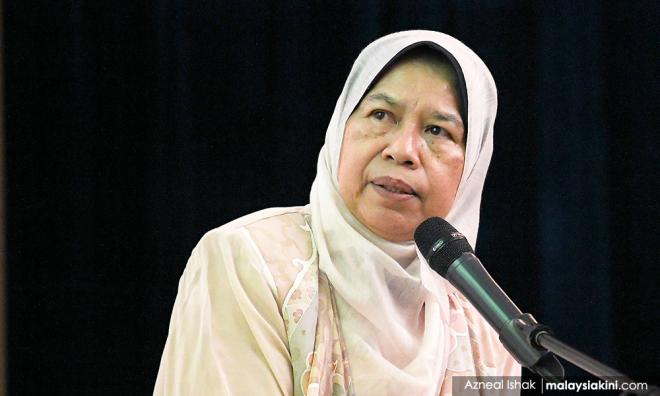 The party's disciplinary board chairperson Ahmad Kassim said the board made the decision after being advised by the MACC via a letter dated Oct 23, 2019.

Calling on the party not to be selective about who it takes action against, Zuraida sarcastically said that the action to dismiss Zakaria was a "brave action".

"I say it is brave because I see it as a step proving that the reform spirit in the party is collapsing," she said in a statement today.

"This involves cases of assault, gangsterism and asking for bribes during a party election," she said.

Zuraida was possibly referring to Perak PKR chief Farhash Wafa Salvador, also an aide to party president Anwar Ibrahim, who was arrested following an alleged assault in Ampang in August.

Zakaria, who is also Bera division chief, was said to have offered contracts worth RM20,000 and allocations amounting to at least RM300,000 at a meeting with local leaders on Sept 1, around the time he was running for a seat in the PKR central leadership council.

Following the sacking, Zakaria told Malaysiakini that he was sacked from PKR without being given the chance to defend himself.

Zuraida said that the dismissal would only raise a question mark about selective justice within the party.

"This is given that only certain individuals are being targeted if it is in the interests of certain leaders," she said.

"I hereby denounce the party's selective actions and call for immediate leadership reform, if this party want to be saved," said Zuraida.

Her sentiments were matched by those of PKR Youth vice-president Nazree Yunus who said he viewed the party's decision with sadness and felt that the principles and idealism in the party were crumbling.

"Sadly, this decision was taken on the same day that the party president (Anwar) reaffirmed the ideology and slogan of 'reform' at the Konvension Reformasi yesterday," added Nazree.

"I want to emphasize that the slogan of 'reformasi' is a sacred slogan. It began when the people rose up against the tyranny, slander, denial of rights and freedoms and defiance of the judiciary. From that uprising Keadlilan (the party) was born."

He added his view that the reason for Zakaria's dismissal was unreasonable and echoed the point that there have been other PKR leaders who have also been detained, investigated, and even prosecuted by the authorities without the party taking any action against them.