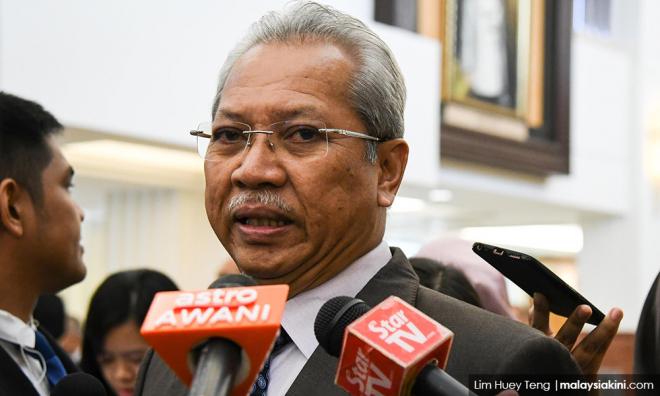 Umno secretary-general Annuar Musa has clarified his views regarding the communist leader Chin Peng’s ashes being returned to Malaysia, explaining there are two issues at play.

The first issue pertains the cultural and religious sensitivities surrounding the treatment of the remains of the dead. On this matter, Annuar (above) reiterated his views yesterday that such practices should be respected.

“This is in line with the Federal Constitution, especially Article 3 that stipulates Islam is the religion of the federation, but other religions may be practised in peace and harmony in any part of the federation.

“We respect the religious sensitivities and customs of the family of the departed,” he wrote in a Facebook post today.

However, Annuar said the other issue is to ensure that returning Chin Peng’s ashes would not trigger a revival of the communist ideology that he once fought for, which Annuar said is clearly against the law and the principles of Rukun Negara.

“On this matter, we fully support the Home Ministry and the police to conduct a detailed investigation.

“Sensitivities of the many victims of the Communist Party of Malaya’s tyranny under his leadership, especially that of service members killed (in the communist insurgency), need to be taken into account.

“The sensitivity of Malaysian citizens who reject communist beliefs and ideology must also be respected,” he said.

Annuar also took the government to task and urged the Home Ministry to explain how Chin Peng’s ashes were brought across the Thai border although this was prohibited during the previous BN-led administration.

He noted that attorney-general Tommy Thomas had previously represented Chin Peng in court, and questioned whether Thomas had used his position to advance his former client’s interests.

“The explanation is necessary not just for the record and public knowledge, but to ensure no elements are bringing in this perverse and illegal ideology into our country […]

“We want the Pakatan Harapan government to guarantee it is not infiltrated by communist believers or sympathisers, or any other terrorist groups,” he said.

Previously, a group revealed they had quietly brought Chin Peng’s ashes back from Thailand and scattered them in the jungles of the Titiwangsa mountain range and in the sea near Lumut.

The Home Ministry had said it is in the dark over the matter, and both the police and the ministry are conducting investigations.

Chin Peng, whose real name was Ong Boon Hua, was the secretary-general of the CPM until it was disbanded. He lived in exile in Thailand until his death in 2013.