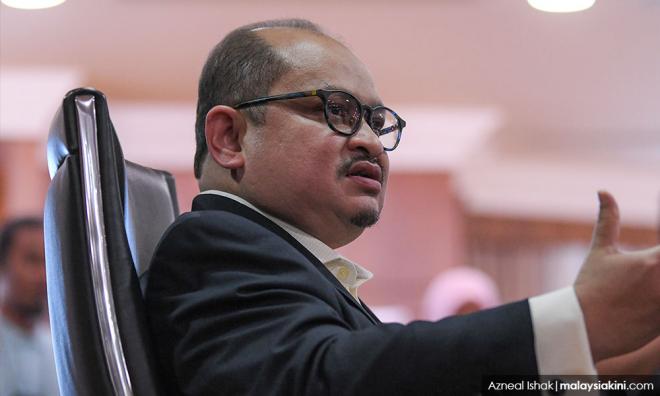 "While PKR is open and democratic but as a mature political party, PKR likes to stress that all issues concerning the party must go through the right channels, which is the central leadership council meeting," he said in a statement.

The other sacked member is PKR Pahang member Ismail Dulhadi.

After the duo was sacked over bribery allegations, elected PKR central leadership council members aligned to deputy president Azmin Ali released a joint statement urging Anwar to apologise for making a hasty decision on the sacking.

The statement was allegedly signed by Azmin, vice-presidents Zuraida Kamaruddin, Tian Chua and 17 others.

However, Tian later said that he did not agree on the call for the party president to apologise.

Anwar had also said that he had spoken to Tian Chua and (PKR central leadership council member) R Sivarasa to confirm that they only protested to the sacking but not on asking him to apologise.

Anwar claimed that the statement has been manipulated.

Shamsul said that following Tian and Sivarasa's comments concerning the statement, there has been an attempt to embarrass the president by manipulating the original draft of the statement.

"What is certain is that it's a serious offence. There were those who deceived several leaders, including Tian and Sivarasa. The question which arises is how their names were included in the statement which was signed by the deputy president? A wrong perception has been created," Shamsul said.

He warned that the party will not tolerate any parties who try to disrupt the harmony and unity of the party and will take stern action against the "destructive elements" (anasir perosak).

The sacking has become a controversial issue. The party had decided on the action being advised by MACC via a letter dated Oct 23, 2019, to consider disciplinary action against the duo.

Subsequently, MACC admitted that it wrongly sent such a letter to PKR.

“MACC admits there was a mistake by the MACC reporting branch head through a letter to the party which suggested disciplinary action (against the two members) for the violation of party code of ethics.

“According to ethical guidelines (which the MACC must adhere to), a report on any wrongdoing must only be sent to federal or state ministries and agencies. It (MACC) is not bound to any political party.

“It is not the policy of the MACC to make such reports for any political party concerning wrongdoing by its members,” said MACC deputy chief commissioner Azam Baki.