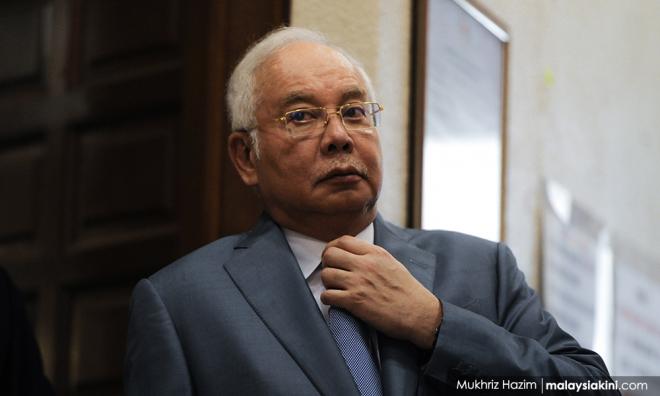 Najib Abdul Razak, the first former prime minister to be in the dock as an accused, concluded his witness statement to the Kuala Lumpur High Court in his SRC International graft trial today.

Throughout the three days, the time which the court took to go through his 243-page witness statement, a recurring theme for Najib was that he had no knowledge about what was going on with his bank account.

Based on Najib's written witness statement, there were at least 46 instances when the former finance minister said he didn't know or had no knowledge when matters pertaining to the SRC International case were put to him.

There were also at least eight instances when Najib said he was "shocked" when details were revealed to him, mostly on the fact that businessperson Low Taek Jho, also known as Jho Low, was calling the shots when it came to the former prime minister's bank accounts.

Malaysiakini takes a look at some of the highlights of what Najib claimed he didn't know, and what shocked him during his three-day testimony...

court
najib razak
src
jho low
ambank
yr1m
Related Reports
Spending at luxury stores were for Rosmah and diplomacy, says Najib
a year ago
Najib: Insane for me to willingly take SRC funds
a year ago
Connecting the dots in 1MDB saga: The IPIC settlement
a year ago
Najib takes aim at testimonies of Husni, Suboh
a year ago