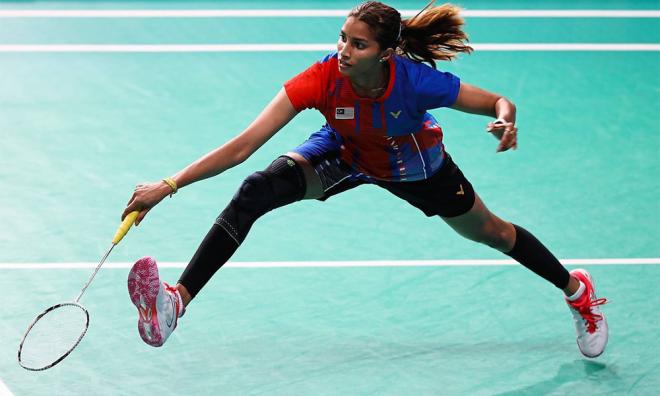 For the first time in 46 years, Malaysia captured both the men’s and women’s SEA Games badminton singles titles through Lee Zii Jia and Kisona Selvaduray in Manila today.

The last time Malaysia swept both titles at the regional Games was in 1973, when both of today’s winners were not born yet.

Then, Punch Gunalan and Sylvia Ng triumphed to deliver the gold medals for Malaysia in Singapore.

In today’s action, the unheralded Kisona (photo) displayed true grit to come back from a game down against the higher-ranked Indonesian Ruselli Hartawan in the final at the Muntinlupa Sports Complex.

After narrowly losing the first game 20-22, Kisona, ranked 104th in the world, tightened her play to win the next two games 21-14, 21-13 for the biggest achievement in her career thus far.

Ruselli, who is ranked 37th in the world, simply had no answer to Kisona’s determined and steady play.

"I want to thank the management and coaches for placing their trust in me to play in the singles.

“They did not set a target for me and just wanted me to give it my best shot. I have proven myself,” said Kisona, 21, who got to play in the individual event because defending champion Goh Jin Wei was floored by a stomach ailment.

Lee, who is the world number 14, dictated play from the start to take the first game 21-18.

In the second game, he capitalised on his opponent’s mistakes to romp home a 21-18 winner.

It was the second appearance at the Games for Lee, who was knocked out in the second round in Kuala Lumpur two years ago.

"Apart from the Olympic and Asian Games, the SEA Games is among the major competitions for badminton.

“After the victory, I feel like going on leave to release all the pressure,” he said.