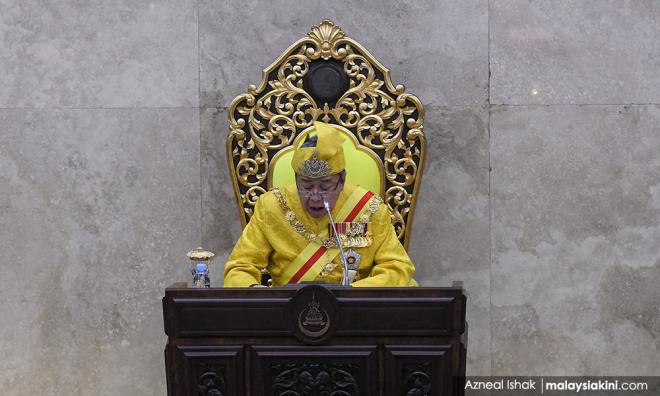 Selangor Sultan Sharafuddin Idris Shah today emphasised the importance of protecting the people's unity, cautioning that it takes a long time to build, but can be undone in the blink of an eye.

"To build a country based on a strong unity, it takes such a long time, but if we are not careful and practice mutual animosity, the country can be destroyed in the blink of an eye," he said in a speech at Istana Alam Shah, Klang, in conjunction with his official birthday today.

The Selangor ruler said racial unity is a priority for him as he wants to see his people live in harmony.

"I am aware that it is not easy to build a Bangsa Malaysia that is strong and united as it will require big sacrifices from every community," he said.

The Selangor monarch urged his people to foster mutual respect.

"We need to always maintain racial sensitivity and do not interfere in the affairs of another race, particularly if it concerns the religion of others.

"Do not allow the unity that we have built all this while to collapse due to mutual suspicion and loss of respect between people of different religion and race," he said.

Sultan Sharafuddin also said that people should not forget the country's history and must learn from it, pointing out that past riots had exacted a heavy toll on the nation.

"I believe people still remember the dark history of racial riots in the early stages of the country's independence.

"At the time, the people's lives were bitter and in disarray. The country's economy was adversely impacted by the racial riots.

"My people surely do not want a repeat of the dark incident. So use the dark moment as a guide for us not to repeat the mistakes of our past and to repair race relations for the better and harmony," he said.

The Selangor ruler said people should communicate properly without the need to offend each other.

"We should be careful in giving our views and opinions... We should be courteous and have etiquette in conveying views without questioning what has been agreed and enshrined in the federal constitution.

"We need to take care of the feelings among races by ensuring our words do not hurt the feelings of others," he said.

Sultan Sharafuddin, in his speech, also urged politicians to look into the lives of people who are trying to cope with the cost of living.

"I urge political leaders to go to the ground to see for themselves the people's problems and work hard to help those with low income and are poor.