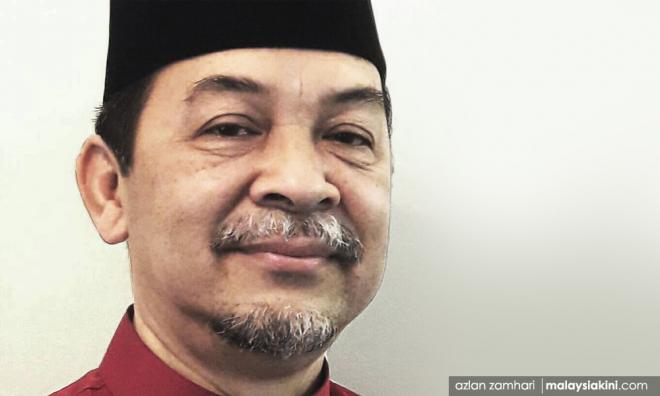 Solihan, who is also Johor Bersatu secretary, stressed that there is no turmoil in the current state government, which can lead to a deficit in trust in the menteri besar's leadership.

“We at the state level are solid (in our support for) the menteri besar. The excos are with him and provide our utmost cooperation.

Solihan said during the recent state assembly sitting, Harapan elected representatives had expressed their undivided support and provided feedback for the state budget, which was the menteri besar's first.

“There was not even an iota of dissatisfaction. In fact, even the opposition lawmakers did not raise...just normal questions.

“But there were no questions regarding the menteri besar's strength, wisdom or qualities,” he added.

According to Solihan, there is also no disgruntlement towards Shahruddin within Bersatu and there are no attempts to oust him.

“We in Bersatu are also solid (in our support for the MB). There are no Bersatu division chairpersons who are strategising to sideline him.

Therefore, Solihan advised the opposition to cease its propaganda and smear campaign aimed at eroding public confidence in the state government.

“We are solidly behind the menteri besar,” he reiterated.

Last month's Tanjung Piai by-election, however, proved to be disastrous for Johor Bersatu when its candidate Karmanie Sardini was trounced by BN's Wee Jeck Seng.

Solihan was responding to Johor Umno Youth chief Mohd Hairi Mad Shah, who claimed that there is speculation of an attempt within Bersatu to replace the menteri besar.

“If such an attempt does exist, I suggest that the Harapan leadership seek an audience with Tuanku (state ruler Sultan Ibrahim Sultan Iskandar) to dissolve the state assembly so that a fresh election can be held.

“Enough of playing tug-of-war. The people have lost their trust in this hypocritical government,” he added.

politics
bersatu
solihan badri
Related Reports
Form unity gov't with opposition to remain in power, Umno leaders tell PM
a year ago
Muar Harapan vice-chief quits, calls for local leadership reshuffle
a year ago
Bersatu continues to be a liability
a year ago
No amount of campaigning would have helped Bersatu in Tg Piai
a year ago