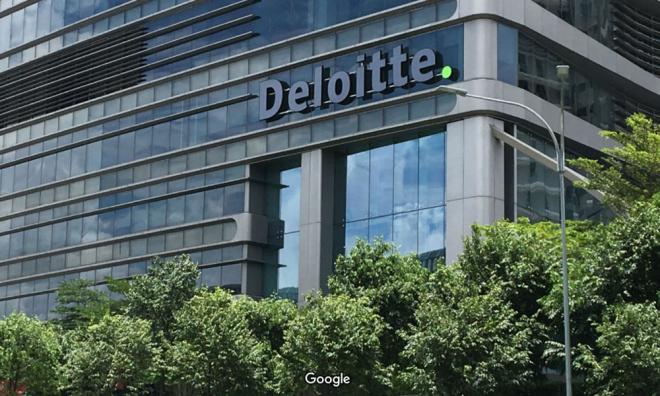 Deloitte PLT has hauled the Securities Commission (SC) to court to quash the RM2.2 million fine imposed on the accounting giant for alleged failure to flag 1MDB-linked irregularities.

The international auditing firm obtained leave from the Kuala Lumpur High Court on Nov 25 to commence judicial review against the Malaysian securities regulator’s decision to impose the fine.

On Jan 30, it was reported that SC fined Deloitte a total of RM2.2 million for four breaches involving the RM2.4 billion bond (sukuk) issued by Bandar Malaysia Sdn Bhd (BMSB), a 1MDB subsidiary, in 2014.

In a statement, the securities regulator said Deloitte was the statutory auditor for BMSB and parent company 1MDB Real Estate Sdn Bhd (1MDB RE) for the fiscal year ending March 31, 2015, and 2016.

On Feb 1, it was reported that Deloitte would be seeking a review with the SC in regards to the RM2.2 million fine imposed on the auditing firm.

Via a letter dated Nov 21 which was mailed to the Kuala Lumpur High Court deputy registrar, the Attorney-General’s Chambers (AGC) raised no objection to the leave application and the matter later came up before Justice Mariana Yahya on Nov 25.

On that date, the court granted leave to Deloitte to proceed with its judicial review application. The matter will now proceed to a hearing where legal representatives for both Deloitte and SC can submit on whether the court should allow or dismiss the judicial review proper.

Deloitte’s review application seeks to overturn the SC’s review decision on Aug 19, which maintained the RM2.2 million fine against Deloitte that it imposed on Jan 30.

Following the disposal of SC’s review process, Deloitte paid the RM2.2 million fine on Sept 4, while the auditing firm maintained that the fine was paid without prejudice to its right to initiate judicial review proceedings against the securities regulator.

The cause papers stated that prior to the imposition of the fine on Jan 30 this year, Deloitte received a show-cause letter from SC on Sept 7 last year, pertaining to its alleged breaches of the Capital Markets and Services Act 2007 (CMSA), among them being Section 354(1)(a) read together with Sections 276(1) and 276(3)(b) of the Act.

Deloitte claimed the review conducted by the SC this year had been pre-judged and exhibited apparent bias as the applicant was allegedly penalised in an effort to address the wrongdoings committed against 1MDB.

Deloitte claimed it had been penalised to send a message to the wider market supervised by SC, which amounted to singling out the auditor to be made an example of, and thus a violation of its fundamental right to equality under the law enshrined in Article 8 of the Federal Constitution.

It claimed that SC’s decision to impose the fine had breached the rules of natural justice as the charges framed in SC’s show cause letter were vague and ambiguous.

“The applicant made repeated requests for clarification. The respondent (SC) did not accede to the said requests and instead, maintained the charges that the applicant was to meet were clear.

“This was despite the complexity and novelty of the matters in issue, including the interpretation of “irregularity” and whether that interpretation could be applied to prior events in the manner the respondent sought to do,” Deloitte said.

The applicant claimed the charges were not clearly identified in relation to purported reporting irregularities over BMSB’s ability to repay any amount under the Sukuk programme.

Deloitte claimed that SC’s rejection of the auditor’s bid for the review be conducted as an oral hearing violated its right to due process under Article 8 of the Federal Constitution.

“The applicant (Deloitte) was not given an opportunity to an oral hearing for the purpose of the review application. This impeded the applicant from fully understanding and addressing the complaint against it.

“This was an appropriate case for an oral hearing and was also necessary given the ambiguity of the charges, the involvement of complex and novel issues, and the comments by the chairman (of Deloitte).

“Furthermore, the applicant was not given an opportunity to be heard on the imposition of sanctions,” Deloitte said, adding that it was not allowed to mitigate once SC became satisfied on taking action against it.

Deloitte was referring to comments, in relation to the 1MDB issue, that was made by its chairperson Syed Zaid Albar (above) in an interview to The Edge business daily for the article “Invigorating the Market” published on March 18.

The auditing firm further claimed that the SC’s decision was irrational and unreasonable for disregarding the former’s explanation to the regulator over the recoverability of the amounts owed by 1MDB to 1MDB RE and that the auditing firm had relied on the representations by 1MDB’s management at the time that did not give rise to any concern, among others.

Deloitte also contended that the imposition of the RM2.2 million fine was excessive, as the RM2 million portion of the fine for the two main breaches under the CMSA was the maximum amount allowed under said Act.

The auditing firm also alleged that the remainder RM200,000 portion of the total fine, which was for two breaches under Section 276(1) of CMSA, were mere technical non-compliance and thus the RM200,000 fine for both breaches was not warranted.

Among the reliefs sought in Deloitte’s judicial review bid is for a certiorari order (an order by which a higher court reviews a matter decided by a lower court) to quash the SC’s review decision on Aug 19, which upheld its decision to impose the RM2.2 million fine on Jan 30.

The auditing firm seeks for the return of the RM2.2 million it paid as a fine to SC in the event that the court rules in favour of its judicial review proper.

Deloitte is also seeking costs and any further order deemed fit and appropriate by the court.