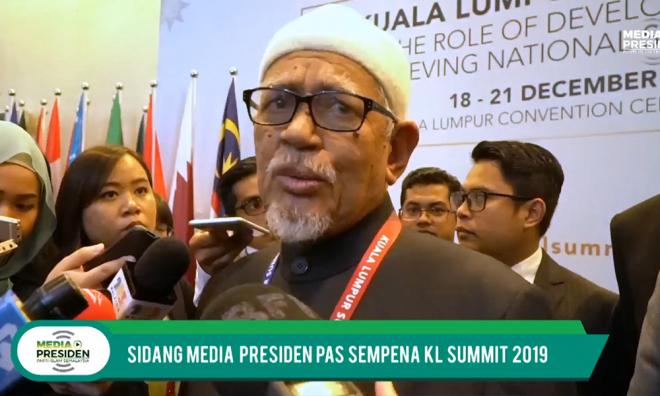 He also congratulated the government on hosting the summit and for inviting several Muslim leaders to participate in it as well.

“To me, holding a summit like this one in South East Asia is a good move.

“This would be a start of a collaboration to help develop Muslim nations and to resolve their problems at an early stage,” Hadi (above) told reporters after attending the summit opening ceremony in Kuala Lumpur today.

Asked on the programmes and sessions lined up in the summit, he said they were very interesting as they touched not only on politics but also cooperation among Islamic countries for science, technological and economic development.

He expressed hope, however, that the efforts taken would be continuous to help overcome crises faced by Muslims, which he added have become dire with time.

“I also think that this effort should not be viewed with suspicion by other nations. By right, all Islamic nations should support efforts to uplift the status of Muslims,” he said.

Asri also supported Iranian president Hassan Rouhani’s proposal the KL Summit establish a joint fund to finance technological cooperation among Muslim countries, which he added will be able to reduce dependency on other nations.

He said the fund could be used not only for the development of technology, but also in other fields.