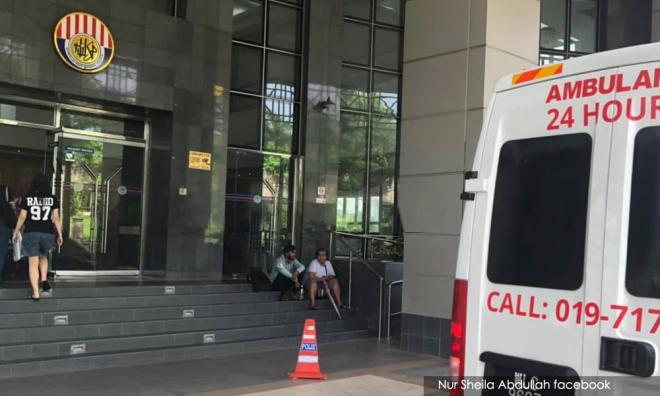 The Employees Provident Fund (EPF) has apologised over an incident where a cancer-stricken bedridden woman was made to show up at its Johor Bahru office in order to withdraw her contributions to the retirement fund.

"EPF is very regretful over the unpleasant experience by the member and her family, and is sorry.

"EPF has contacted the family to understand the situation better.

"This is not only to assist the said member, but to also use the experience to improve existing processes so that we can serve and care for our members better," it said in a Facebook statement today.

The statement came after a complaint by one "Nur Sheila" on Facebook went viral.

Nur Sheila said her 56-year-old sister had wanted to withdraw all funds in her Account 1 for her medical treatment.

"It wasn't much, not even RM10,000. So we asked the goodwill of the EPF officer to make a house visit in order to manually obtain her fingerprint for verification.

"The officer's answer was disappointing. The officer said it can't be done and the contributor must show up at the office for fingerprint verification by machine.

"It doesn't matter if she comes in an ambulance and on a stretcher, as long as she shows up," said Nur Sheila.

She said that was exactly what her siblings and she did - deliver their sister to the EPF office by ambulance and carried her into the office using a stretcher.

At the EPF office, Nur Sheila said the rented ambulance also ran into difficulties as security asked it to move so as not to obstruct the front entrance.

"Finally, an officer asked the medical assistant to push the stretcher to the counter... It saddened me to see my sister, who does not even have the strength to raise her hand, to be watched on by those present.

"More saddening is when an officer said it was possible to do manual fingerprint verification, but that it would take longer.

"Why wasn't this told to us when we enquired? It doesn't matter if it was slow as long as our sister didn't need to go there," Nur Sheila added.

She said she gave her feedback to the EPF and urged the retirement fund to improve its standard operating procedure.

EPF, in its statement, apologised for the inconvenience caused.

"We would like to stress that EPF takes complaints and feedback from members about our service seriously for continuous improvements," it said.