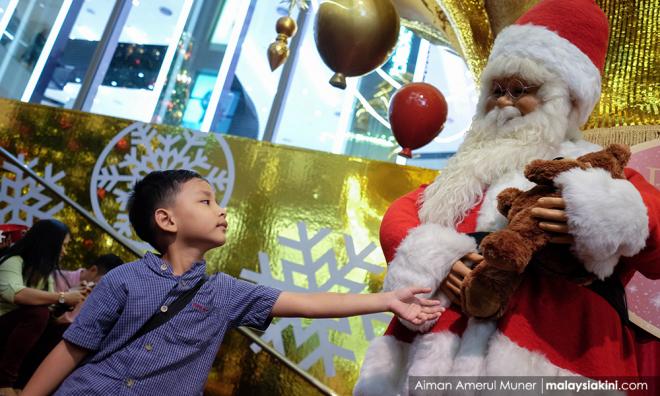 Leaders call on M'sians to foster unity during Christmas season

Government leaders have urged Malaysians to foster unity during this Christmas season.

PKR president Anwar Ibrahim, in a Christmas message, acknowledged that there have been a number of race-related issues recently.

"Even though Malaysia has of late been plagued by issues relating to race relations, it should not deter our commitment to preserve our harmony and plural culture which is among what makes our country unique," he said in a statement in Facebook today.

He also quoted a verse from the bible, stating: "Blessed are those who act justly, who always do what is right."

Meanwhile, DAP supremo Lim Kit Siang said he hoped Malaysians can develop a new self-confidence of "reaching for the stars" to set aside contrived fears and demons.

"Let Malaysians reaffirm the constitutional principle of Islam as the official religion and freedom of worship for other religions and not succumb to the lies, false news and hate speech on social media that the various races and religions are facing an existential threat," he said in a statement.

Lim said he wants to see a Malaysia where people of all races will come out of their "own universes" to interact with other communities.

"All Malaysians must ask: Who is the 'other' in the Malaysian context?

"If this is the answer, then we have not yet succeeded in Malaysian nation-building, for the 'Other' must be a non-Malaysian, whether from Indonesia, China or India or any other part of the world," he said.

"To all Christians in Malaysia, both citizens and non-citizens, I and my wife would like to wish you a Merry Christmas and a Happy New Year," he said.