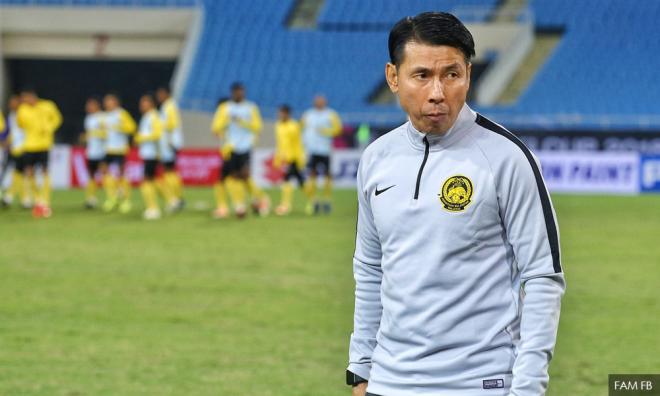 History beckons if Harimau Malaya can continue good form in 2020

The heady run enjoyed by the Malaysian national football team in the past nine months has allowed it to wrap up the 2019 season on a comfortable perch - ready to strike and grab an automatic ticket to the 2023 Asian Cup Finals for the first time in 40 years.

And if the team can carry its momentum into the new year and succeed, Malaysia would also be creating history by advancing into the third round of the 2022 World Cup qualifiers despite competing against fancied teams such as the United Arab Emirates, ranked 71st in the world, Vietnam (94), Thailand (113) and Indonesia (173) in Group G of the second round of the campaign.

The Harimau Malaya has recorded nine wins in 13 matches this year since emerging as the runners-up of the 2018 AFF Cup in December 2018.

Four of the nine victories came against higher-ranked teams, namely Afghanistan (147) at the Airmarine Cup Championship (March), Nepal (161) and Tajikistan (116) in Tier 1 international friendlies (June and November), and Thailand (109) in Group G of the 2022 World Cup/2023 Asian Cup qualifier on Nov 14.

Coach Tan Cheng Hoe's (photo) side almost sprang a surprise against UAE, then ranked 65th, in the 2022 World Cup/2023 Asian Cup qualifier at the National Stadium in Bukit Jalil on Sept 10 but lost narrowly 1-2.

The 2022 World Cup will be held in Qatar while the 2023 Asian Cup will be staged in China.

However, Malaysia needs to top Group G to automatically qualify for China and also advance into an unprecedented third round qualifying tournament of the World Cup.

To be sure of that, the squad must win its remaining three matches next year - against UAE in Dubai, Vietnam in Bukit Jalil and Thailand in Bangkok.

Malaysia is now second in Group G with nine points after playing five of the eight matches in the group. Vietnam leads the group with 11 points.

It has been an outstanding year for the 51-year-old Tan, who has given the national team a new lease of life in terms of tactical play and style.

Under his tutelage, Malaysia surged 13 rungs up the world rankings, from 167th place in February to 154th in December, ahead of neighbouring countries Singapore (157) and Indonesia (173).

To qualify for the 2023 Asian Cup is a mission of the national team as stated in the Football Association of Malaysia (FAM) Road Map, also known as F:30. Based on their progress thus far, the Harimau Malaya squad seem to be striding confidently towards that goal.

On the domestic front, Johor Darul Ta'zim (JDT) reaffirmed its superiority by emerging the 2019 Super League champions in June, becoming the first team to win the title for the sixth successive time.

The Southern Tigers, powered by mostly national team players, was also crowned the Malaysia Cup winner after defeating Kedah 3-0 in the final.

Kedah lifted the 2019 FA Cup in July with a 1-0 victory over Perak while Sabah ended a seven-year wait to return to the Super League next season by clinching the Premier League title.

JDT winger Muhammad Safawi Rasid hit the pinnacle of his club career when he retained The Most Valuable Player title at the 2019 National Football Awards, holding on to the record of being the youngest recipient of the award.

Overall, 2019 has been an exciting year for Malaysian football and local fans would certainly be hoping for greater things in 2020 on the international stage.